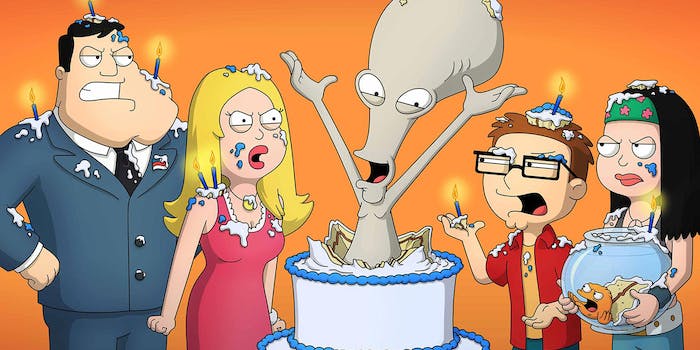 How to stream ‘American Dad’

CIA agent Stan Smith is a typical American Dad. His devoted wife Francine dotes on him, despite his occasionally difficult personality. In typical fashion, his kids Steve and Haley have rebelled against his conservative politics. All in all, a standard American family. Well, aside from the fay space alien and the East German ski-jumper whose mind is stuck in the body of a goldfish.

Just like his first series, Family Guy, Seth MacFarlane’s American Dad is at this point an animated-comedy mainstay. It’s still going strong and will soon be entering its almost unprecedented 18th season.

Here’s everything you need to stream American Dad.

What is American Dad?

How to stream American Dad

TBS is available on a few of the major live TV streaming services. When trying to decide which one is best for you, you’ll want to weigh the cost, the other channels you’ll receive, and the compatible devices for streaming.

If you’re looking to watch TBS live, know that you can stream it on YouTube TV.