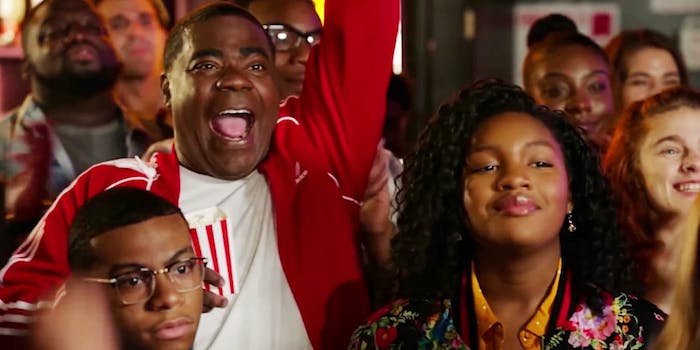 Everyone deserves a second chance.

Where to stream The Last O.G.

The Last O.G. is one part comedy, one part redemption story. Tracy Morgan stars as Tray Barker, who’s recently been released from prison on good behavior after serving 15 years. Unfortunately, the Brooklyn he knew has been gentrified to hell. His ex-girlfriend Shannon (Tiffany Haddish) gave birth to his twin sons and married, leaving Tray no choice but to work on himself to become a better man. Luckily, his halfway house pal Mullins (Cedric the Entertainer) lends a helping hand on Tray’s journey to become a better man and a better father. The comedy-studded cast is created and helmed by Jordan Peele, one of the great comedy minds of this generation. You know, when he’s not scaring the hell out of you.

Here’s everything you need to know to stream The Last O.G.

Created by Jordan Peele and John Carcierri, the comedy follows an ex-convict adjusting to a life of freedom in a much-changed Brooklyn. Originally, the show was picked up for production by FX in 2016, but later got a full season order on TBS.

How to stream The Last O.G.

The Last O.G. on Hulu with Live TV

The Last O.G. on Sling TV

If you’re looking for TBS, know that you can stream it on YouTube TV.