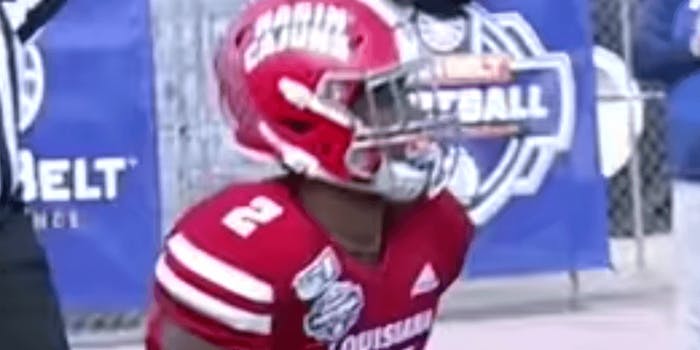 How to watch the Lending Tree Bowl: Louisiana vs. Miami live

The bowl season winds down with one more tussle in Mobile.

The 2019-20 college bowl season comes to an end on Monday night in Alabama, when the Louisiana Ragin’ Cajuns (10-3) take on the 2019 MAC Champions Miami Redhawks (8-5). The Cajuns have lost back-to-back conference title games to Appalachian State and have not won a bowl game since 2014. Miami is a 14-point underdog against a high-powered Louisiana offense that averaged more than 500 yards per game in 2019, which is concerning for a Redhawks team that was down 49-5 at half to Ohio State (13-1) earlier this season.

Here’s how to watch the LendingTree Bowl 2020.

How to stream Louisiana vs. Miami (OH) live: Watch the LendingTree Bowl

Other features include a Free Cloud DVR tier for all subscribers (allowing 10 hours of recording a month), the ability to record all live linear channels, and no VOD preemption on any channels. New subscribers get $10 off the first Month.

LendingTree Bowl 2020: Why it matters

Miami won the MAC this season for the first time since 2010, and with its lowest win total as conference champion since 1986. A ninth win would show returning players and recruits alike that the Redhawks are close to establishing conference dominance, and possibly one day earning a New Year’s Six berth. The momentum behind Louisiana’s season was slightly reduced after a second close loss to App State in the Sun Belt title game. The Cajuns’ only other loss was to Mississippi State (6-7) in a neutral site Superdome, and in most years that resumé would earn them a more prestigious bowl game. An emphatic win for the 11th victory on Monday night could turn the tide in favor of Louisiana in next season’s Sun Belt Conference.