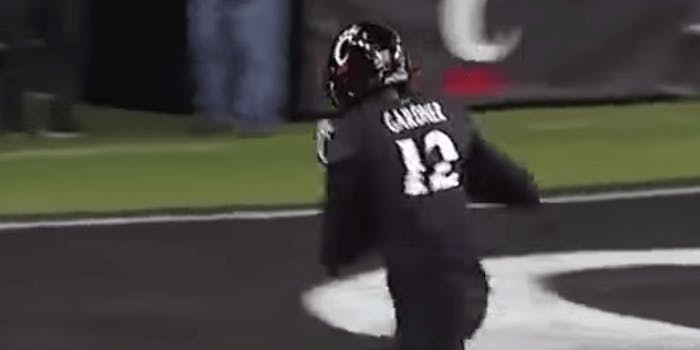 How to stream the Birmingham Bowl live

Cincinnati is in a bit of a consolation game here, but it'll be a good matchup with Boston College on Thursday afternoon.

Cincinnati missed out on the New Year’s Six after losing to Memphis and the AAC West title. Now, the Bearcats travel to Alabama to take on Boston College in the Birmingham Bowl.

Cincinnati coach Luke Fickell has got the Bearcats back to back 10-win seasons for the first time since the Butch Jones era, and a win against BC would mean back-to-back bowl wins again as well. Here’s how to watch the Birmingham Bowl.

How to stream the Birmingham Bowl live: Watch Boston College vs. Cincinnati

The following services offer a one-week trial and an opportunity to watch college football games throughout the week.

But AirTV—which has no monthly fee—serves to strengthen one of Sling’s biggest weaknesses compared to other live streaming services like Hulu with Live TV, YouTube TV, and PlayStation Vue, which all have plenty of local channels.

Birmingham Bowl: Why it matters

Boston College has one bowl win since 2007, including last year’s First Responder Bowl that was canceled due to weather, and Cincinnati needs a win to prove to the country that the Bearcats are here to stay in the top 25.