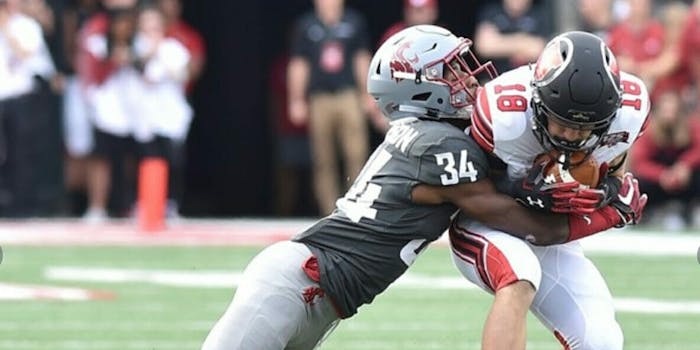 How to watch the Alamo Bowl online for free

After a dream season fell short, how will Washington State respond?

Was it all a dream? Last month the remixed Washington State Cougars were flirting with a Pac-12 title and the college football playoff. Then the wheels came off and here we are at the Alamo Bowl, where gridiron dreams go to die. Mike Leach’s Coogs face perennial Big 12 pebble in the shoe Iowa State, an improving program looking to make a statement. Watch the Alamo Bowl live stream for some genuine thrills once the competitive juices start flowing.

Alamo Bowl: Why it matters

The Coogs are 10-2, and quarterback Gardner Minshew leads a passing game that averages 380 yards per game. It makes Washington State an attractive favorite; the thing is after a painful loss to arch-rival Washington that saw the school fall from the national picture, it’s hard to image the Cougars showing up all the way motivated in this consolation showcase. The Cyclones played a better conference tough, too, matching Kyler Murray’s Sooners TD for TD back in September, upsetting West Virginia, and posting an 8-3 record. Leach’s return to the Lone Star State, where he made a name for himself helming Texas Tech, won’t be an easy trip.