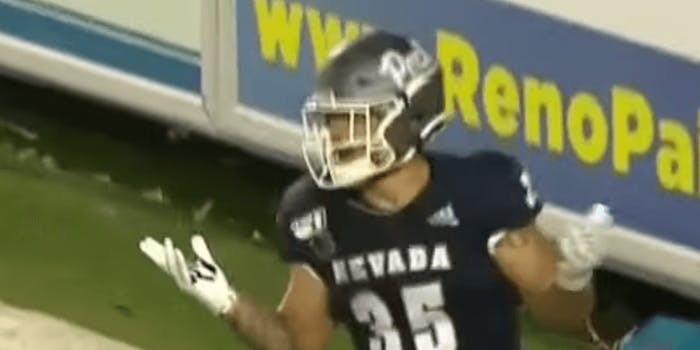 How to stream the Famous Idaho Potato Bowl: Ohio vs. Nevada live

For two schools that came within a game of making a conference title, a bowl win is huge.

The bowl season comes to a close this weekend. The first matchup comes Friday, when the Ohio Bobcats (6-6) take on the Nevada Wolf Pack (7-5) in the 2020 Famous Idaho Potato Bowl. Both schools are going for a third consecutive bowl win for the first time in program history, and this is the first time these two have matched up in their respective century-plus football histories.

Here’s how to watch the Famous Idaho Potato Bowl.

How to stream Ohio vs. Nevada live: Watch the Famous Idaho Potato Bowl

The following services offer a one-week trial and a chance to watch sports throughout the year.

Other features include a Free Cloud DVR tier for all subscribers (allowing 10 hours of recording a month), the ability to record all live linear channels, and no VOD preemption on any channels. New subscribers get $10 off the first Month.

But AirTV—which has no monthly fee—serves to strengthen one of Sling’s biggest weaknesses compared to other live streaming services like Hulu with Live TV and  YouTube TV, which have plenty of local channels.

For two schools that came within a game of making a conference title, a win would help make one of these programs move closer towards New Years’ Six relevancy in 2020.

Ohio had a bit of a down 2019 in the MAC, going just 6-6. Yet senior and three-year starting QB Nathan Rourke was solid in his senior year. Though the Canadian is a top CFL prospect, he’s also a possibility for the NFL draft, putting up 7,313 yards, 60 TDs, and a 146.9 passer rating in his most recent three seasons as a Bobcat. He should be the most exciting player on Albertsons Stadium’s famed blue turf on Friday.

Nevada, meanwhile, got to 7-5 on a season that included a tough blowout loss to Oregon and an overtime loss to UNLV in its final regular-season game. Coach Jay Norvell is in his third year coaching the Wolf Pack, and his squad includes QB Carson Strong, who has generated nearly 2,000 yards of total offense this season, and RB Toa Taua, who has nearly 1,000 of total offense, leading the team’s rushing attack.