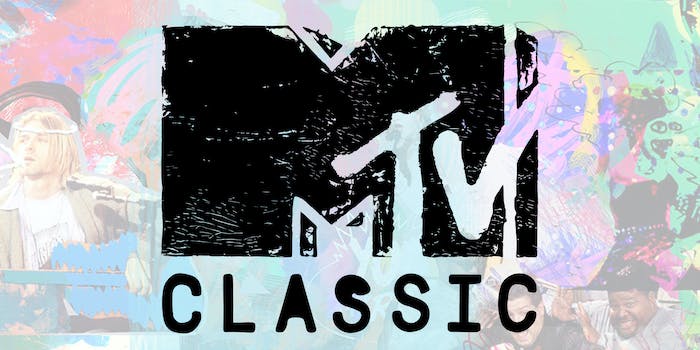 How to stream MTV Classic

Music videos as far as the eye can see.

Where to stream MTV Classic

Do you ever want to go back to the time when video killed the radio star? There’s a channel dedicated to the good ol’ MTV you grew up with, or perhaps only know from memes. Scream it out the nearest window: I want my MTV Classic!

MTV Classic is perhaps known most for actually airing music videos, primarily from the medium’s golden era which was the ’80s and ’90s. There are entire six hour programming blocks dedicated to the best in classic hip hop, rap, and heavy metal. Tune in and go back to a simpler, more wholesome MTV, before it was ravaged by reality television.

Here’s everything you need to know to watch an MTV Classic Live Stream.

What is MTV Classic?

VH1 Smooth began in 1998 and was the first channel that catered to smooth jazz, new age, and adult contemporary music. It later rebranded as VH1 Classic Rock in 1999, which exclusively played rock music videos. That was later replaced by VH1 Classic, which aired music videos and second-run VH1 programming like Behind the Music. Finally, in 2016, VH1 Classic became MTV Classic.

MTV Classic is available on a few of the major live TV streaming services. When trying to decide which one is best for you, you’ll want to weigh the cost, the other channels you’ll receive, and the compatible devices for streaming.

Philo is a budget-minded streaming service, and depending on what channels you want, it might be right for you. The 59 Philo channels lean decidedly toward entertainment; the Philo channel list includes AMC, Discovery, IFC, Lifetime, and the Paramount Network, all for $20 a month. so if you want to stream MTV Classic you’re in luck: You can find it on Philo. Philo also comes with free cloud DVR, but shows recorded are deleted after 30 days, so binge responsibly.

To watch MTV Classic, you’ll want to dock in at the FuboTV Ultra level.

Vidgo offers a package for under $40 a month that pulls together more than 60 English-language channels into its National English Package. Vidgo channels include ABC, Fox, the ESPN family of channels (including ESPN Deportes), and it’s one of the few streaming services that carries BeIN Sports. But it’s like Fubo in that, even though it started out for streaming sports, it carries a lot more now. You might be surprised to know that Vidgo’s an option to stream MTV Classic—and then you chat about it online via Vidgo’s Social TV platform.

If you’re already looking to AT&T for your wireless needs, you might consider AT&T TV Now to cover streaming for you. AT&T TV Now channels start with Plus and Max, which even include HBO. Then, AT&T plans expand from there, approaching cable selection and pricing with AT&T TV Now’s biggest packages. AT&T streaming also comes with Cloud DVR, letting you record up to 20 hours of TV per month. If you’re looking for MTV Classic, get in at the AT&T TV Now Xtra tier to stream it.