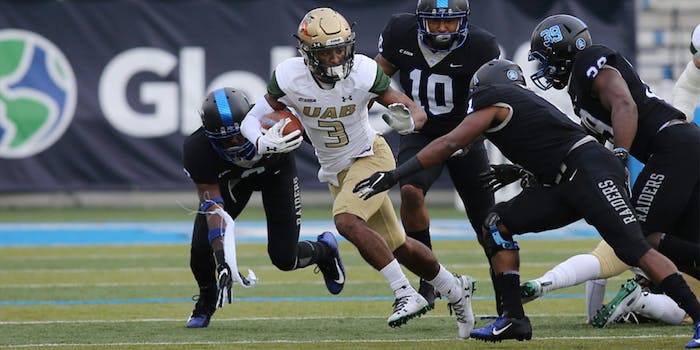 How to watch the Boca Raton Bowl online for free

The Blazers are back.

The University of Alabama-Birmingham Blazers and Northern Illinois Huskies meet Tuesday in the Boca Raton Bowl. It’ll be a surprisingly strong weeknight offering featuring teams with NFL talent and one, UAB, that was briefly ranked this season. Watch the 2018 Boca Raton Bowl live stream to see if the Blazers can complete the feel-good comeback story of the year.

Boca Raton Bowl: How to watch online for free

Boca Raton Bowl: Why it matters

Everyone loves a comeback story. UAB football was eliminated in 2014 and returned to existence just last year. Now Coach Bill Clark’s Blazers are playing strong football and poised to complete the comeback Tuesday night with a bowl coronation. The Conference USA champs even played tough at Kyle Field against big-timers Texas A&M this season. Look for the 10-3 Blazers to finish strong—this roster is quietly loaded with players who made national awards watch lists—and win.