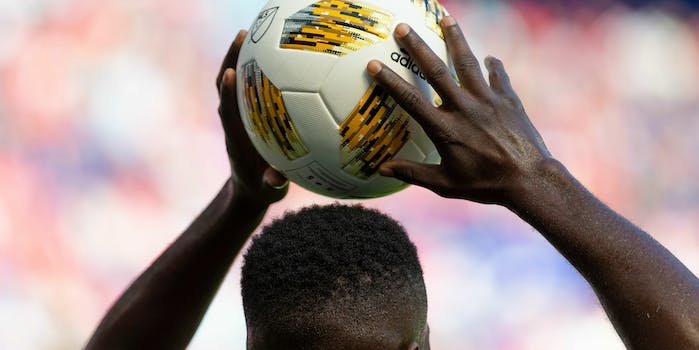 The quest for the 2018 MLS Cup finally comes to an end on Saturday as Atlanta United FC hosts Portland Timbers. While Atlanta is heavily favored and has a distinct home-field advantage, you’d be foolish to write-off the Timbers, who have beaten all the odds to make it this far. Here’s everything you need to know to live stream the 2018 MLS Cup.

2018 MLS Cup live stream: How to watch online for free

Every major live TV streaming service offers some variation of local channels, and thankfully, all of them carry Fox, which hosts the 2018 MLS Cup. That said, availability can vary depending on your location, so you’ll want to use the links below to confirm the channel is carried in your city. (If you really want to watch the game on Unimas, you’ll want to go with either FuboTV or DirecTV Now.) If all you want is to live stream the 2018 MLS Cup, you can’t go wrong with any of the options below, and all of them offer a free seven-day trial, so you can check out the game for free. But if you’re looking for a long-term streaming solution, we’ve included all of the relevant details to help make your decision easier.

Sling TV offers two base channel packages, both of which cost just $25 per month: Sling Orange, which contains three ESPN channels, and Sling Blue, which boasts FS1 and FS2, NBCSN, and plenty more, in addition to local channels. Sling Orange + Blue combines the two packages for $40 per month. To get the most international soccer action, you’ll want to add either Sports Extra: Sling Orange ($5 per month) or Sports Extra: Sling Blue ($10 per month) to get BeIn Sports. The main difference between the two is that the latter also includes NFL RedZone. Alternatively, you can add Español: Best of Spanish TV package for Sling Orange or Sling Blue to get the 24/7 specialty channel LaLiga TV and beIN Sports Connect: Channels 4-9, which features matches from LaLiga, Ligue 1, Copa del Rey, among others. Both packages cost $5 per month after your free trial.

Just to be clear: To live stream the 2018 MLS Cup, you’ll need either Sling Blue or Sling Orange + Blue. Those are the only two packages that contain Fox. (Here’s a complete guide to Sling TV channels.)

No matter which option above you choose, you’d be wise to download the Fox Sports Go app as a backup option. Not only will your subscription credentials unlock a 2018 MLS Cup live stream, but you’ll also be able to watch every other channel in the Fox Sports network that’s included in your package, including FS1, FS2, Fox College Sports, and Fox Soccer Plus.