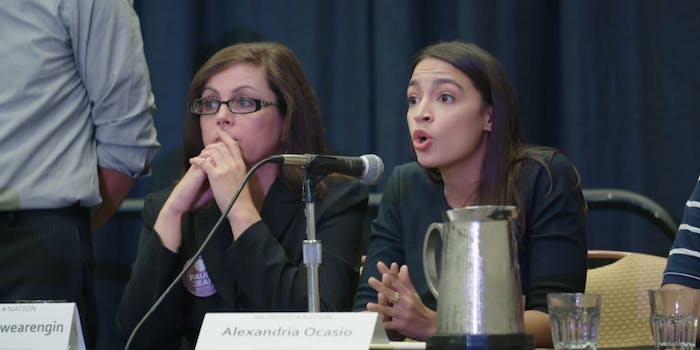 The best Netflix original documentaries of 2019

Documentaries enjoyed a boom in 2019, particularly on streaming services. Earlier this year, Netflix led the charge with high-profile documentaries on Billy McFarland’s spectacular Fyre Festival failure and the congressional campaigns of four female Democrats, including Rep. Alexandria Ocasio-Cortez (D-N.Y.). But the streaming giant has also released several humbler, equally addictive docuseries, delving into Southeast Asian street cuisine and using sports to explore the obtuse concept of losing. From single-serving feature films to binge-worthy series, these are the best Netflix original documentaries of 2019.

The best Netflix original documentaries of 2019

Street Food, the newest offering from Chef’s Table masterminds David Gelb and Brian McGinn, has the lovely filmmaking and meticulous food porn shots that you have come to expect from them, and much of modern documentary food culture in the Instagram era. Yes, Street Food offers the exotic locales and delicious cuisine, but this series adds a sharp sociopolitical sensibility that makes for one of the most compelling food shows ever made. Season 1 snakes throughout Southeast Asia, focusing on master street food chefs, the adversity they’ve overcome, and the gentrification that’s plagued their homes and jeopardized their profession. In Street Food, there are no easy recipes, and there are no easy answers. —Brenden Gallagher

Taco Chronicles argues that Mexico and the taco are inextricable, and a thorough exploration of the taco and how people interact with it will provide a deeper understanding of the country. Each episode of the gorgeous series highlights the relationship between a particular taco meat and the region in which it originated. It calls upon chefs, cultural anthropologists, waiters, food critics, and even passersby to tell a story that is part behind-the-scenes cooking show, part cultural history, and part intimate documentary. With its dazzling photography, expert culinary explorations, and sheer passion, Taco Chronicles joins an elite class of food shows revolutionizing the genre. —B.G.

Tell Me Who I Am isn’t the first film (or the first story) to grapple with the effects that a lie can have on someone. Those lies can be weaponized to thwart a superhero, or they can be used to justify horrific actions sanctioned by the government. Tell Me Who I Am goes in the opposite direction. The documentary builds slowly to the deeply personal lie that affects the twin brothers at its center. The toll of that lie and unspoken trauma is revealed in the film’s harrowing, intimate final act, and it feels devastating to viewers just as it was to the brothers. —Michelle Jaworski

Our Planet, Netflix’s new nature documentary series, is full of majestic creatures and gorgeously shot tableaus, covering the frozen tundra, deserts, jungles, and forests. But the scene people are talking about is one in which several walruses climb up a cliff and apparently fall to their deaths. In many nature documentaries, we’re meant to marvel at wildlife or cheer for the prey to outrun the predator. But in Our Planet’s intro, narrator David Attenborough asserts that the series will “celebrate the natural wonders that remain, and reveal what we must preserve to ensure people and nature thrive,” adding an element of uncertainty to what it’s documenting. —Audra Schroeder

6) Knock Down the House

The star of Knock Down the House is Rep. Alexandria Ocasio-Cortez (D-N.Y.), and there’s really no way around it. But Rachel Lears’ film documentary wouldn’t be complete without three other women who ran for Congress in their respective districts in 2018: West Virginia’s Paula Jean Swearengin, Missouri’s Cori Bush, and Nevada’s Amy Vilela. Lears gives us a real-time look at the campaign trail hustle for everyday citizens. She also shows the emotional stakes. Initially funded on Kickstarter, it was purchased by Netflix earlier this year for a stunning $10 million. It’s clear there’s a desire to see these feel-good, grassroots stories of the progressive movement, even as the rapidly changing landscape leading to 2020 recontextualizes them. —A.S.

Life Overtakes Me is a short, powerful Swedish documentary that explores the rise of Resignation Syndrome among refugee children. The mysterious illness has afflicted hundreds of child asylum seekers in Sweden over the past decade, coinciding with a tightening of Sweden’s asylum restrictions. Directors Kristine Samuelson and John Haptas mirror their “sleeping” subjects by presenting their story with a placid calm, refusing to indulge in melodrama. Life Overtakes Me calls attention to an awful and easily preventable situation with calm and grace. It’s hard to ask much more of a documentary. —B.G.

Living Undocumented follows eight undocumented families as they face potential deportation in the United States. It is relentlessly sad and heavy; there’s rarely a moment of hope or happiness. Production-wise, the docuseries is almost flawless. Its footage feels raw yet professional, capturing some of the most vulnerable moments for its subjects. Ultimately, it doesn’t let you forget for even a second about the human toll of the immigration crisis in the U.S. —Tess Cagle

Losers puts defeat in its crosshairs, with the understanding that no one prepares for losing—they survive it. The eight-episode sports docuseries captures the agonies of defeat and considers the cumulative cost of failure in the lives of its subjects. In the end, people who fail on a grand scale usually arrive at triumph through adversity. Losers finally allows time and space for the humanity that’s often lost in the middle. —K.S.

After Maria follows three Puerto Rican women who relocated to New York after Hurricane Maria and tried to put their lives back together. Director Nadia Hallgreen keeps the focus of the documentary on the human side of this tragedy instead of tackling the politics of the recovery process. After Maria is an empathetic reminder that we must not lose track of the people reeling from disaster and caught in bureaucratic purgatory. —Eddie Strait

Netflix took on a hefty challenge with its ReMastered music documentary series: repackage some of the music industry’s most sensationalistic stories in a way that adds valuable new context and separates fact from fiction. For the most part, Netflix has succeeded. ReMastered debunks some of music’s biggest conspiracy theories while also stripping away the veneer to dive into the personal lives of its featured artists, including Bob Marley, Sam Cooke, Robert Johnson, and more. While a few of the series’ lesser installments fail to rise above glorified Wikipedia entries, most of them recontextualize their subjects’ lives and careers—and in some cases, restore dignity to their names. —Bryan Rolli

Every wild, tragic story has background actors who are deeply affected yet rarely get to share their side. In documentary short Ghosts of Sugar Land, those would-be minor players take center stage. The film follows “Mark,” an alias for a young Black man from suburban Texas who, in response to the adversity he faces in the world, joins ISIS. Yet Ghosts of Sugar Land is not Mark’s story; it is the story of the friends he left behind. —B.G.

In Fyre: The Greatest Party That Never Happened, we get a closer look at the events leading up to the festival, co-organized by Billy McFarland and rapper Ja Rule. “Capture everything,” the directive for documenting the lead-up, yields a bounty of expository content. While attendees who could already afford tickets won a class-action lawsuit, the scammed Bahamian residents didn’t have that luxury. In that way, Fyre illustrates the class divide at the heart of this mess, one that McFarland expertly exploited. —A.S.

14) The Edge of Democracy

In The Edge of Democracy, Brazilian filmmaker Petra Costa shares what she perceives as the rise and fall of democracy in Brazil. She documents the nation’s political landscape for the past three decades through both the lens of her personal experience as a working-class citizen and footage of the country’s leaders. In a little over two hours, Costa attempts to deconstruct the nation’s complicated relationship with democracy and unfolds a cautionary tale that’s relatable for any nation struggling with political division and corruption. —T.C.

Netflix’s newest true-crime docuseries, The Confession Killer, delves into the confessions of Henry Lee Lucas, possibly the most infamous con artist in history, and the seedy nature of his peculiar relationship with law enforcement, specifically with the Texas Rangers. Directed by Robert Kenner and Taki Oldham, the excellent five-episode series breaks down more than the details–it exposes divides in class, law enforcement’s leaning into convenience, and how journalism can negatively influence criminal outcomes. —K.S.