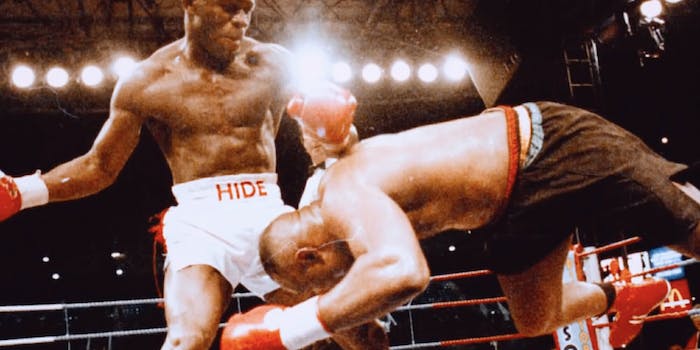 In ‘Losers,’ no one prepares for defeat—they survive it

The Netflix docuseries allows time and space for the humanity that's often lost between adversity and triumph.

Netflix’s newest sports docuseries, Losers, captures the agonies of defeat and considers the cumulative cost of failure in the lives of its subjects. Award-winning show creator and director Mickey Duzyj delves into the perilous trials of eight athletes, including a champion boxer, an ultra-competitive endurance runner, and an Iditarod dogsled racer.

RELEASE DATE: 3/1/2019
DIRECTOR: Mickey Duzyj
STREAMING: Netflix
Mickey Duzyj’s eight-episode sports docuseries puts defeat in its crosshairs, with the understanding that no one prepares for losing—they survive it.

With each episode, Duzyj successfully explores the normally untold variables of defeat. Though loss obviously occurs with great regularity, actually talking about “the loser” runs counter to society’s obsession with victory. Duzyj not only investigates losing as a concept through each story, but he examines the broad nature of failure as a tool and portal to a brand-new life, often extending beyond the subjects’ own lives.

The most famous story—and likely the one most traditionally associated with losing—belongs to French golfer Jean van de Velde, who nearly scored an improbable upset win at the 1999 Open Championship. Instead of easing into certain victory by laying up the 18th hole, the Frenchman played as aggressively as he had throughout the weekend. Van de Welde dumped the ball into a rough and subsequently a water hazard, ultimately triple-bogeying the final hole of the course. He would lose the tournament in a playoff after blowing his major lead.

Van de Welde’s unprecedented loss was a big to-do on ESPN telecasts and the like. Then, it was over. But his life could have fundamentally continued with or without the win. The story is more complicated for someone like French figure skater and five-time European champion Surya Bonaly, a defiant Black woman existing in the lily-white universe of competitive figure skating. For Bonaly, competing—and losing—in three Olympics and three World Championships meant punching through the heart of the status quo.

Arguably the most affecting story comes from former boxing champion Michael Bentt, also a survivor of child abuse from his father. The British-American boxer-turned-actor perhaps serves as the ideal archetype for Losers, as he won the WBO heavyweight title in 1993 and subsequently lost it in 1994—both by knockouts that simultaneously made no sense and all the sense in the world.

Bentt’s narrative lives in numerous personal denials, particularly of a proper childhood and loving relationship with his abusive father. It also includes the contradictions of prizefighting, which Bentt sagely explains: “Boxers are the world’s best liars. You know why? Because they deny everything. They deny pain.”

Duzyj’s series, complete with excellent animation and guest commentary, puts defeat in its crosshairs, with the understanding that no one prepares for losing—they survive it. Just like winning, losing has a before and after, and sometimes the former leads to the latter. In the end, people usually arrive at triumph through adversity. Losers finally allows time and space for the humanity that’s often lost in the middle.