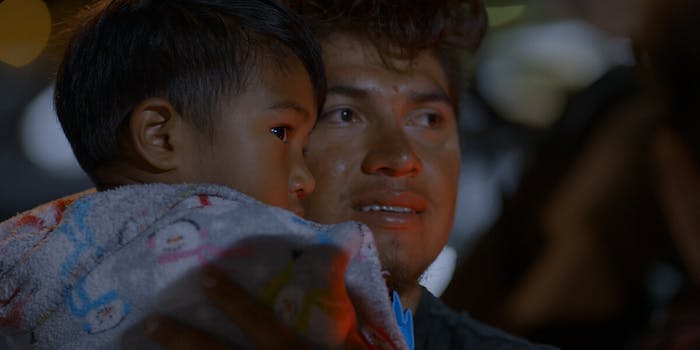 ‘Living Undocumented’ is a gut-wrenching profile of immigrants

Intending to inspire viewers to do more than just feel sad about immigration news, Netflix‘s original docuseries Living Undocumented is a dose of reality and a punch in the gut.

The series follows eight undocumented families as they face potential deportation in the United States—an extraordinary feat in regards to access, considering each individual risked more attention from ICE by allowing camera crews into their lives. The series is relentlessly sad and heavy; there’s rarely a moment of hope or happiness.

The stories in Living Undocumented are diverse, but each is harrowing in its own way. Viewers meet Luis, a construction worker in Odessa, Texas from Honduras who’s pregnant girlfriend is deported back to a country where her violent ex-husband awaits her. There are Ron and Karen, two immigrants from Israel who came to the U.S. with tourist visas 17 years ago and decided to stay to raise their children in a safer country—and who now can’t return to Israel so Ron can say goodbye to his dying mother. Alejandra is an immigrant from Mexico and a military wife whose husband voted for President Donald Trump wrongly believing he would never deport his wife. Vinny is a political refugee from Laos whose residency status was revoked in 2013 after he served 12 years in prison for drug trafficking. Pablo is a teenager whose family faces deportation back to Colombia, where guerillas continue to send his father threatening letters. 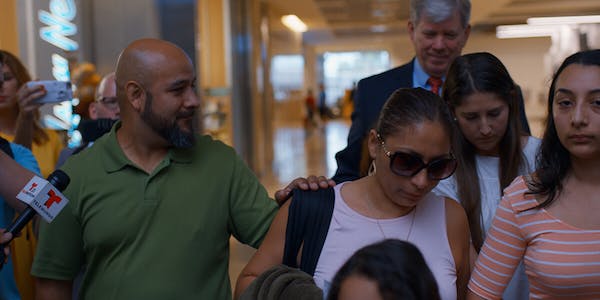 Each of these families faces the scary possibility of returning to a country where they do not feel safe—or can’t even remember. Despite the complicated situations, each family retains faith in God.

The series follows the families in their day-to-day lives, when they meet with their attorneys, and when they attend their trials. It’s raw. In the first episode, for example, viewers see Luis’ immigration lawyer get assaulted by an ICE agent after Luis is tricked into getting detained. Interviews with immigration attorneys and footage of Trump talking about immigrants accompany these stories to provide glaring facts and context.

Production-wise, the docuseries is almost seamless. Its crisp and jarring footage captures some of the most vulnerable moments for its subjects. It transitions from each story with ease. The only faults are that it uses sinister music excessively and some of the “candid” conversations feel scripted. 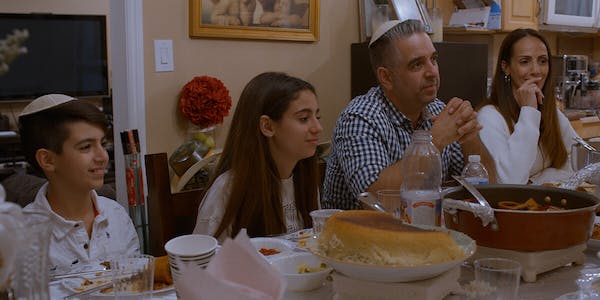 Notably, actress Selena Gomez and her mother Mandy Teefey were two of the executive producers for the series. In a press release, Gomez said she signed onto the project because it humanized the stories of undocumented people.

“Clearly we see a lot in the news concerning immigration, but I think it’s important that we go beyond the sound bites,” Gomez said. “I’m deeply concerned about the way people are being treated and it’s my hope that anyone who watches the series can get a deeper understanding of the families whose lives are being affected by our immigration policies.”

Ultimately, Living Undocumented succeeds at Gomez’s mission for the project. It doesn’t let you forget for even a second about the humanity of the immigration crisis in the U.S. It reminds its viewers that immigration is about more than the numbers of people who come to the U.S. every year; each of those numbers stands for a person—and every person has their own story about why they are risking their lives to come to the U.S.