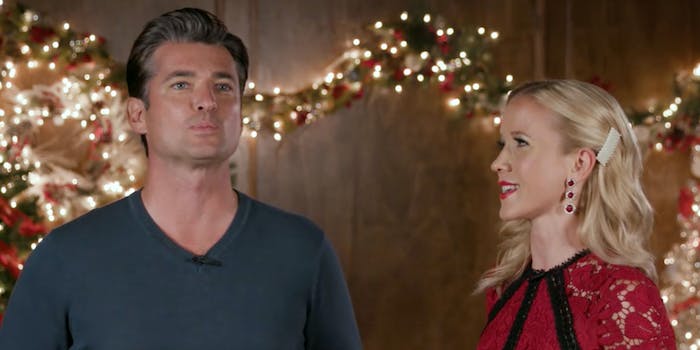 How to stream ‘A Nashville Christmas Carol’

A workaholic TV producer gets her second chance at holiday love.

Nashville is known for Grand Ol Opry’s and hot chicken, but can it ring in the holiday as well as Charlie Daniels strums his fiddle? A Nashville Christmas Carol is an American reimagining of the Dickens classic.

Vivienne Wake is an over-worked television producer putting on a country music Christmas special. Unfortunately, she must work with a man who broke her heart. Luckily, a few Christmas spirits are inspiring her to not give up on love by revisiting her past. Will Wake finally have someone to smooch under the mistletoe, or will she be left crooning Last Christmas?

Here’s everything you need to know to stream A Nashville Christmas Carol.

What is A Nashville Christmas Carol?

How to stream A Nashville Christmas Carol

Hallmark Channel is available on a few of the major live TV streaming services. When trying to decide which one is best for you, you’ll want to weigh the cost, the other channels you’ll receive, and the compatible devices for streaming.

A Nashville Christmas Carol on Philo

Philo is a budget-minded streaming service, and depending on what channels you want, it might be right for you. The 59 Philo channels lean decidedly toward entertainment; the Philo channel list includes AMC, Discovery, IFC, Lifetime, and the Paramount Network, all for $20 a month. If you’re a fan of the Hallmark Channel, you’re in luck: You can find it on Philo. Philo also comes with free cloud DVR, but shows recorded are deleted after 30 days, so binge responsibly.

A Nashville Christmas Carol on FuboTV

To stream A Nashville Christmas Carol, you’ll want to dock in at the FuboTV Standard level.

A Nashville Christmas Carol on Vidgo