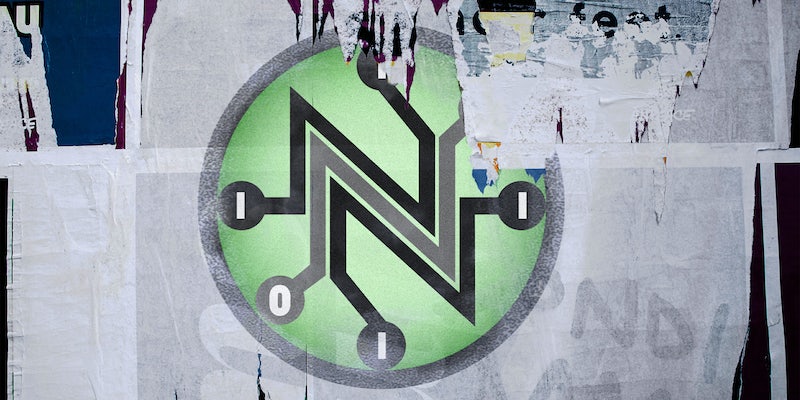 A lot has happened in the past year.

The Federal Communications Commission (FCC) made the controversial choice to rescind net neutrality rules one year ago today—and much has happened since then as lawmakers and advocates attempt to reverse that decision.

Since the FCC’s vote, which was down party lines, with Republicans voting to scrap the rules and Democrats voting to keep them, there have been online protests, in-person meetings with lawmakers, lawsuits against the agency, and probes into fake comments. Meanwhile, states have enacted their own net neutrality laws, and an effort in Congress is underway to use a mechanism that would reverse the decision.

Here’s a reminder of all of the things that have happened in the year since the FCC’s decision.

Both chambers of Congress have taken up an effort to reverse the FCC’s decision by using the Congressional Review Act (CRA). The CRA is a mechanism that Congress can use to overturn federal agencies’ decisions within a certain time-frame. If a CRA effort passes in both the Senate and the House of Representatives, the president would then need to sign it.

The effort was seen as a long-shot by many critics, but there has been some momentum.

In May, Sen. Edward Markey (D-Mass.) launched a CRA effort in the Senate to save net neutrality. During the vote, several Republicans broke ranks to vote in favor of it, pushing it to the House.

The effort to garner the needed votes there–it would need 218 signatures, a simple majority in the House–has been led by Rep. Mike Doyle (D-Penn.)

Representatives for both Markey and Doyle did not respond to a request for comment by the Daily Dot.

While there was a strong bipartisan effort in the Senate, the attempts to get signatures from Republicans (and even some Democrats) has not been as easy.

Currently, 180 lawmakers have signed onto the “discharge petition,” which, if it reaches 218 votes, would force a full vote in the House. So far only one Republican has signed on, and a handful of Democrats have yet to sign onto it.

Another Republican representative drew ire from advocates over the summer when he allegedly told a constituent he would sign onto the CRA, but then announced that he wouldn’t.

The deadline for the net neutrality CRA was originally slated for early December, but with Congress’s session being extended until later this month, there is still time for lawmakers to get the needed 38 votes.

The push to get the needed signatures has been the focus of many internet rights’ organizations.

We have 180 signatures on the CRA discharge petition to restore #NetNeutrality – we need 218 to force a vote on the House Floor. There is still time to save the internet, but we need to act now! pic.twitter.com/SbMCjK5yP3

Fight for the Future, a non-profit that has advocated for net neutrality, and other organizations have been active for months trying to convince lawmakers to sign onto the CRA.

In the months since the FCC’s repeal, advocates across the country have visited with lawmakers and urged them to support reinstating net neutrality.

Ahead of the 2018 midterms, many voters also said that net neutrality was a major issue for them when they headed to the polls.

To mark the one year anniversary, Fight for the Future said on Friday that a mobile billboard will go around Washington D.C.

One of the signs says: “One year ago today, the FCC repealed net neutrality. Congress could have stopped them.”

On top of all of that, lawmakers have also expressed concern about the commenting process the FCC had ahead of its vote last year.

Millions of fraudulent comments were left on the FCC’s website before the vote—which included the names of lawmakers and dead people—all of which have become the focus of an investigation by the New York Attorney General and, as BuzzFeed News reported recently, federal law enforcement.

In October, the New York Attorney General’s office (which is leading the charge among more than 20 states who are challenging the FCC’s repeal) announced that it had subpoenaed a number of telecom groups, lobbyists, and advocacy organizations in an attempt to “get to the bottom” of how millions of comments were left on the FCC’s website that were fraudulent.

Around the same time, a study from Stanford University found that after filtering out the fake comments, nearly 100 percent of those left on the FCC’s website were opposed to the agency’s decision to repeal net neutrality.

The FCC was also grilled by lawmakers in August about its claim that it was hit with a distributed-denial-of-service (DDoS) attack ahead of its net neutrality vote after Last Week Tonight host John Oliver urged his viewers to comment on the agency’s website. The FCC would later backtrack on the claims.

As the debate in Congress raged on, states have taken matters into their own hands.

Several states have used executive orders to enact net neutrality rules of their own, including New Jersey, New York, Montana, Hawaii, and others. Some states, like Vermont and California, have gone further and passed net neutrality legislation.

In particular, California’s law has drawn a lot of attention. The law—which bars internet service providers (ISPs) from blocking, speeding up, or slowing down internet traffic—was called the “gold standard” template for states by internet rights organizations.

California then, as Wired notes, agreed to postpone enacting its law until a federal lawsuit regarding net neutrality is decided.

The effort to save net neutrality isn’t just happening legislatively–there is also a battle raging in the courts.

In February, more than 20 attorneys general from across the country announced that they had filed a lawsuit challenging the FCC’s “Restoring Internet Freedom” order, which rescinded net neutrality.

Tech companies like Mozilla, Etsy, Vimeo, Foursquare, and others have also filed petitions against the order. The case is being heard by the U.S. Court of Appeals for the District of Columbia.

In a separate case, the New York Times has sued the FCC in an effort to get government records surrounding the public comments ahead of the net neutrality vote. The documents, they argue, will “shed light” on how Russia may have interfered in the process.

What’s next for net neutrality?

If the CRA effort is unsuccessful, the future of net neutrality could go in several different directions.

The lawsuits challenging the FCC’s decision could become a major point of pressure. There is also the possibility that legislation is considered by Congress, however, internet rights advocates have cautioned against that.

Meanwhile, Gigi Sohn, who is a prominent net neutrality advocate and distinguished fellow at the Georgetown Law Institute for Technology Law & Policy, predicted recently that Democrats will have a sharper eye on the FCC once they gain control of the House of Representatives next year and have oversight over the agency.

“This FCC has had a very, very easy two years,” she told the Hill. “I think there have only been two oversight hearings in the last two years. I can tell you that when I was working for Tom Wheeler, we had 10 years in 13 weeks… I think there is going to be an oversight both on the substance of what the FCC has done and also on the process.”