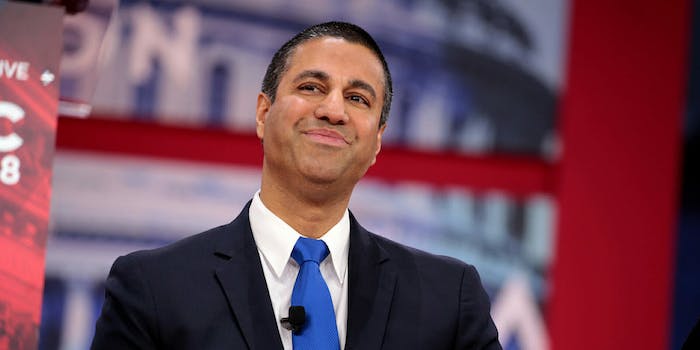 The FBI joins the attorneys general of New York, Massachusetts, and Washington, D.C. in investigating the comments.

The Federal Bureau of Investigation is involved in the probe into millions of fake anti-net neutrality comments that appeared on the Federal Communications Commission’s (FCC) website last year, Buzzfeed reports.

The case was already being investigated by the New York attorney general’s office, with the assistance of the attorneys general of Massachusetts and Washington, D.C. Both offices issued subpoenas in support of the case, in addition to the subpoenas served by New York.

The FBI delivered subpoenas to two organizations that had previously been subpoenaed in the New York investigation. The New York attorney general’s office requested information from 14 different organizations as part of its fraud investigation, including CQ Roll Call, Broadband for America, and the Taxpayers Protection Alliance. Demand Progress, and Fight for the Future, both of which are pro-net neutrality groups, were subpoenaed as well.

The FBI’s investigation apparently follows a similar line as the New York attorney general’s, which is looking at potential fraud in the case of approximately 9.5 million comments posted on the FCC’s website using stolen identities.

Just days ago, Pai admitted that there was Russian interference with the comment process before the 2017 vote. The admission came as part of a lawsuit the New York Times filed to gain access to records about the comment process. The Times had at least part of its request denied, with Pai citing concerns that fulfilling the request would expose the FCC to cyber attacks.

The FCC previously denied Russian interference during the comment process.

A recent study from Stanford shows that, after removing automated and fake comments, 99.7 percent of commenters favored keeping the existing net neutrality rules in place. Pai has cited the comment as influencing his decision to strike the Obama-era rules.