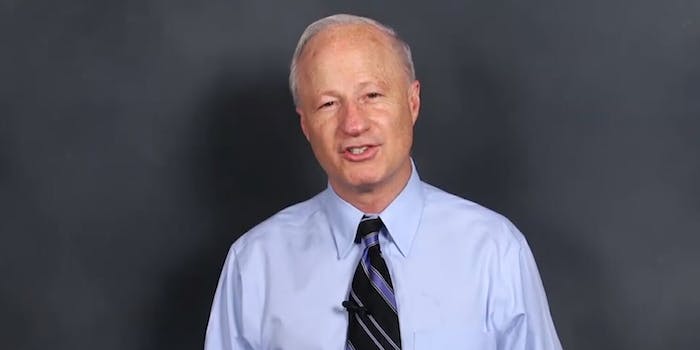 Rep. Mike Coffman (R-Co.) said on Tuesday he would back the movement in Congress to restore net neutrality rules, becoming the first Republican in the House of Representatives to sign onto an effort that would overturn the Federal Communications Commission (FCC) vote to rescind them last year.

In a statement, Coffman said he would sign onto the discharge petition that would force a vote in the House on a Congressional Review Act (CRA) effort to restore net neutrality rules. A similar CRA passed 52 to 47 in the Senate earlier this summer, and the House’s would also need a simple majority to pass.

As of Tuesday, Coffman’s support brings the number of lawmakers in favor of the effort to 176, making it 42 votes shy of getting a simple majority, according to a list compiled by Battle For The Net. Advocates have staged several in-person protests to try and convince House lawmakers to sign onto the bill.

Should the CRA pass in the House, it would need to be signed by President Donald Trump.

At the same time, Coffman introduced the “21st Century Internet Act,” which would codify several pillars of net neutrality into law. The bill would ban internet service providers (ISPs) from blocking internet access, “throttling” internet access, and paid prioritization, among other things.

It would also create a new title under the Communications Act for broadband internet access.

The lawmaker said his bill would end the “confusion at the FCC” surrounding net neutrality by making “clear rules” and “common sense provisions” a law.

“It is really quite simple,” Coffman said. “You pay your broadband provider for internet access, you don’t pay them to make decisions about internet content. In exchange for your payment, you should get freedom of access without market distorting arrangements.”

Coffman’s decision to sign onto the discharge petition was lauded by net neutrality advocates.

“These open internet protections should have never been taken away in the first place. Any other lawmaker who wants to support net neutrality must follow Rep Coffman’s lead by signing on to the CRA before supporting any other legislation,” Evan Greer, the deputy director of Fight for the Future, said in a statement. “Any lawmaker who cosponsors Coffman’s bill without signing on to the discharge petition is doing the bidding of Comcast and Verizon and will be seen as an enemy of the free and open internet.”

“I applaud this bipartisan momentum that is building in the House of Representative for my CRA resolution to restore net neutrality rules,” he said in a statement. “I hope more Republicans will join this effort and stand on the side of American families who rely on and overwhelmingly support a free and open internet.”