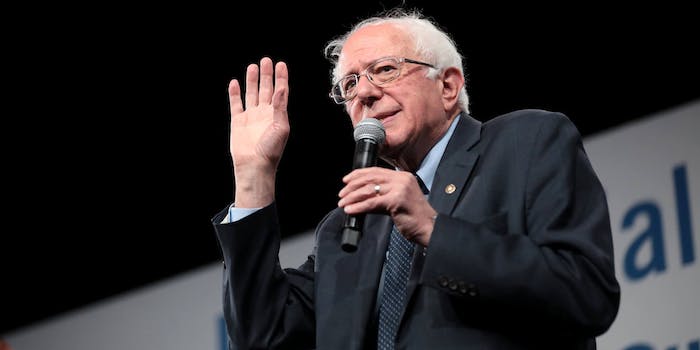 Thousands of people online are criticizing a recently-published report in the New York Times about Sen. Bernie Sanders (I-Vt.) and his efforts to create a sister-city relationship in the Soviet Union in the late ’80s, accusing it of being a hit piece against the 2020 Democratic hopeful.

The report also notes that the documents don’t show that Sanders wasn’t the only person targeted for propaganda as part of the sister cities efforts (other cities had already applied for the program before Sanders), and, as the Times writes, that the then-mayor did not appear to be “particularly receptive” to the propaganda effort.

“Mayor Sanders was proud to join dozens of American cities in seeking to end the Cold War through a Sister Cities program that was encouraged by President Reagan himself,” a campaign spokesperson told the Times. “The exchange between Burlington and Yaroslavl, which continues to this day, confirmed Sanders’s long held view: by meeting face to face, we can break down the barriers and stereotypes that exist between people and their governments.”

The Times report, and its framing and timing, irked a number of Sanders supporters and others online—who criticized it on Twitter. Many people seemed to think the piece was a non-story, or a hit piece that came out amid Sanders battling former Vice President Joe Biden for the 2020 Democratic presidential nomination.