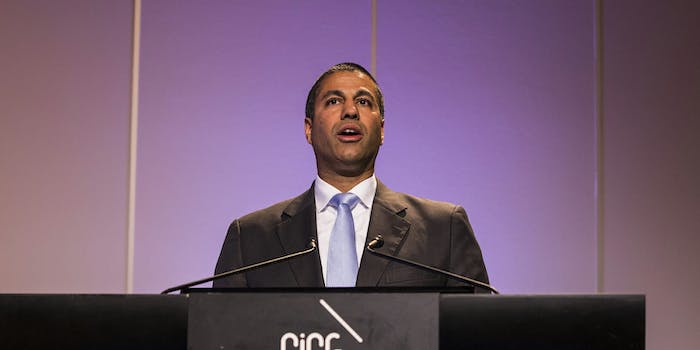 99.7 percent of the comments opposed the agency's plan to repeal net neutrality.

A new study has found that an overwhelming amount of comments that were left on the Federal Communications Commission‘s (FCC) website ahead of its decision to repeal net neutrality last year were in favor of keeping the protections.

Ryan Singel, a media and strategy fellow at Stanford University, released the study on Monday and found that—after filtering out duplicates or fake comments—800,000 comments were made ahead of the FCC’s vote. Of that group, 99.7 percent of the comments opposed the agency’s plan to repeal net neutrality.

“With the fog of fraud and spam lifted from the comment corpus, lawmakers and their staff, journalists, interested citizens and policymakers can use these reports to better understand what Americans actually said about the repeal of net neutrality protections and why 800,000 Americans went further than just signing a petition for a redress of grievances by actually putting their concerns in their own words,” Singel wrote in a blog post about the study.

The public comments have been the subject of intense scrutiny by lawmakers and net neutrality advocates.

Ahead of the vote, it was revealed that millions of comments on the FCC’s website were made fraudulently—including using the names of dead people and even members of Congress to comment on the planned repeal.

Lawmakers also asked the FCC to investigate the comments, sending a letter to FCC Chairman Ajit Pai. The comments have also led to a lawsuit filed by numerous states‘ Attorneys General.

With the study finding that nearly 100 percent of the real comments were in favor of keeping net neutrality rules, activists said it showed how popular the now-rescinded protections really are.

“It’s kind of mindblowing how many average Americans took the time to submit a unique comment to the FCC about the repeal of net neutrality, and it shouldn’t come as a surprise that nearly every single one of those comments that wasn’t written by a telecom lobbyist opposed the repeal,” Evan Greer, the deputy director of Fight for the Future, said in a statement. “Telecom lobbyists, FCC bureaucrats, and members of Congress have done everything in their power to downplay the massive grassroots opposition to last year’s net neutrality repeal. But when you sift through all the noise, fake comments, bots, and BS you always find the truth: no one wants their cable company to charge more fees and control what they see and do on the internet.”