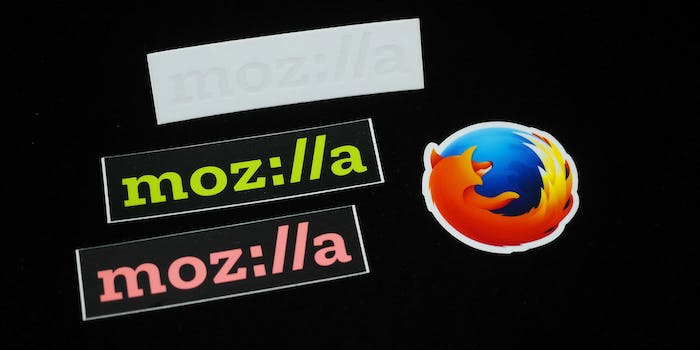 Mozilla slams the FCC with a lawsuit for repealing net neutrality

The original petition was rejected due to a scheduling technicality.

Mozilla will re-file a lawsuit against the Federal Communications Commission (FCC) for its repeal of net neutrality laws.

The nonprofit organization had filed the same lawsuit last month but it was dismissed by the FCC because it didn’t adhere to scheduling guidelines. In its defense, the FCC made it clear that any suits should be filed 10 days after the repeal is officially published in the Federal Register. Mozilla chose to file early anyway “in the event a court determines the appropriate date is today,” Denelle Dixon, chief legal and business officer at Mozilla, wrote in a blog post.

Mozilla appears to have expected the lawsuit to be turned down and said in its original announcement that it would be ready to re-file in the event of a dismissal. Now the organization behind the popular web browser is renewing its attack on the net neutrality repeal, which it believes was founded on “broken processes, broken politics, and broken policies.”

Net neutrality is the principle that all content on the internet should be treated equally by internet service providers. The Obama-era Open Internet Order upholding those rules was repealed in December. Broadband companies will now be classified as Title 1 information services, and can therefore restrict access or slow down certain websites. Critics fear this could lead to so-called internet “fast lanes,” or the prioritization of websites that are able and willing to pay extra.

Mozilla, a longtime proponent of net neutrality legislation, stresses “protecting net neutrality is core to the internet” and crucial for people’s everyday lives.

The net neutrality repeal “will end the internet as we know it, harm internet users and small businesses, erode free speech, competition, innovation and user choice in the process. In fact, it really only benefits large Internet Service Providers,” Dixon wrote.

Mozilla will re-file its petition (which you can read in full here) 10 days after the repeal is officially registered, which should happen shortly. When it does, it will join nearly two dozen states that also filed a lawsuit to block the repeal of net neutrality. The nonprofit urges everyone who uses the internet to contact their local officials and ask them to support net neutrality.