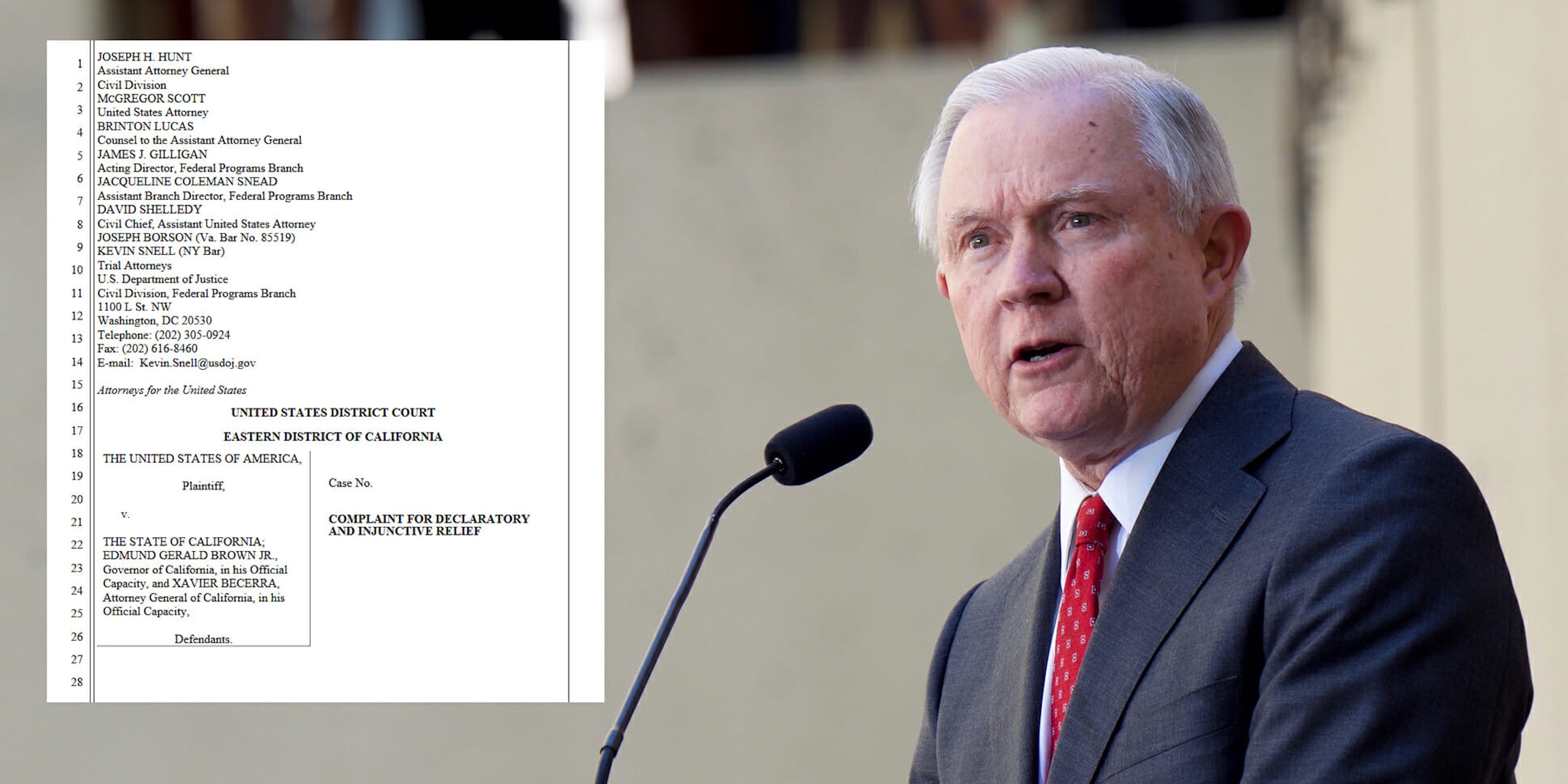 The Justice Department announced the lawsuit shortly after it was signed into law.

California recently passed a net neutrality bill that was hailed as the “gold standard” for states seeking to create their own laws in the wake of the federal rules that were rescinded last year—but now the state is already facing a lawsuit from the federal government over it.

The law reinstates net neutrality protections in California that are similar to the ones the Federal Communications Commission (FCC) voted to undo last year on a national level. It bars internet service providers (ISPs) from blocking, speeding up, or slowing down internet traffic, and was called the “gold standard” template for states looking to impose their own net neutrality protections in the absence of federal rules.

However, the bill will now face a legal challenge from President Donald Trump‘s administration.

The Justice Department announced late Sunday that it will file a lawsuit against California over its net neutrality bill, claiming that it “unlawfully imposes burdens on the federal government’s deregulatory approach to the internet.”

“Under the Constitution, states do not regulate interstate commerce—the federal government does. Once again the California legislature has enacted an extreme and illegal state law attempting to frustrate federal policy,” Sessions said, later adding: “We are confident that we will prevail in this case—because the facts are on our side.”

Similarly, Pai—who was at the forefront of the FCC’s net neutrality repeal last year—said the bill “hurts consumers” and hailed the agency’s repeal.

“The internet is free and open today, and it will continue to be under the light-touch protections of the FCC’s Restoring Internet Freedom Order,” Pai said. “I look forward to working with my colleagues and the Department of Justice to ensure the internet remains ‘unfettered by Federal or State regulation,’ as federal law requires, and the domain of engineers, entrepreneurs, and technologists, not lawyers and bureaucrats.”

California Attorney General Xavier Becerra told the New York Times that the state would defend itself against the federal lawsuit. In a tweet, Becerra said the lawsuit shows the Trump administration was ignoring “the millions of Americans who voiced strong support for net neutrality rules,” and added that California would “not allow a handful of power brokers to dictate sources for information or the speed at which websites load.”

The Justice Department’s complaint was filed in United States District Court in the Eastern District of California. You can read the complaint here.