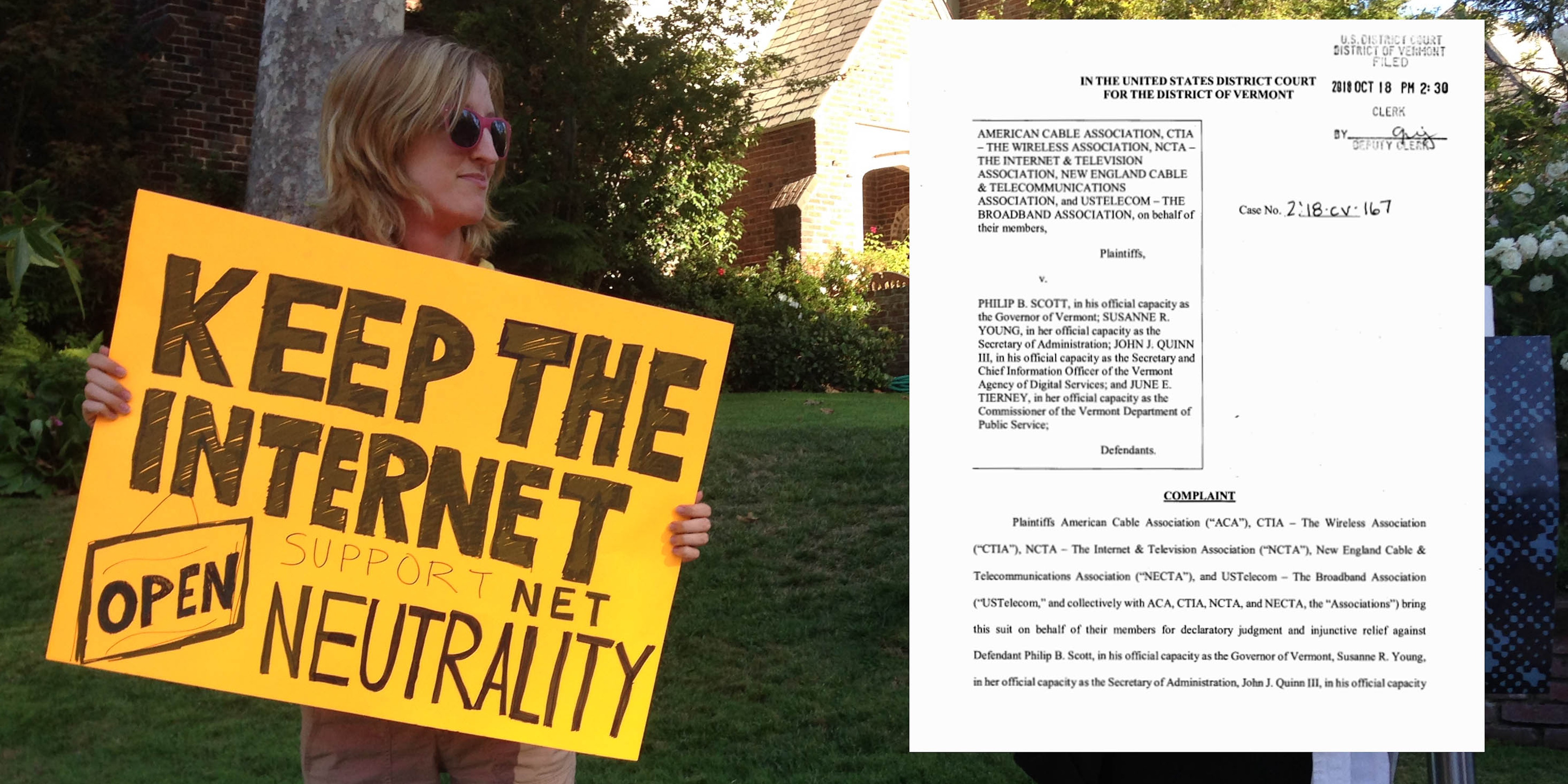 The lawsuit is similar to one brought up in California earlier this month.

The lawsuit, filed in U.S. District Court in Vermont, is similar to a lawsuit brought against California earlier this month after it passed what has been called the “gold standard” net neutrality law.

The plaintiffs of the lawsuit include: the American Cable Association, CTIA – The Wireless Association, NCTA – The Internet & Television Association, New England Cable & Telecommunications Association, and USTelecom – The Broadband Association. The groups represent ISPs such as AT&T, Comcast, and Verizon, according to Reuters.

Like the lawsuit brought against California, the most recent legal challenge alleges that Vermont’s net neutrality rules are preempted under the Constitution.

The suit brought by the telecom groups was not unexpected.

Gov. Phil Scott (R), who is named as a plaintiff in the suit, said released a statement ahead of the suit’s filing on Thursday and promised to “stand up” for net neutrality in court.

“I am disappointed to hear national telecom and cable organizations plan to sue us for taking action to protect our citizens and our economy,” Scott said in a statement. “While I understand consistent regulation is important to ensuring a vibrant and thriving telecom and cable sector, our obligation as a state government is to our citizens, who I strongly believe have a right to free and open access to information on the internet. In the absence of a national standard to protect that right, states must act. I am committed to working with the Attorney General’s Office to stand up for these rights in court.”

Scott signed an executive order that required state agencies to only use ISPs that do not throttle, block, or prioritize internet traffic, rules that were enshrined in the 2015 Open Internet Order, which was rescinded by the Federal Communications Commission (FCC) last year.

A law was also signed by Scott in May that barred ISPs from blocking lawful content or engaging in paid prioritization and deceptive marketing practices, among other things.