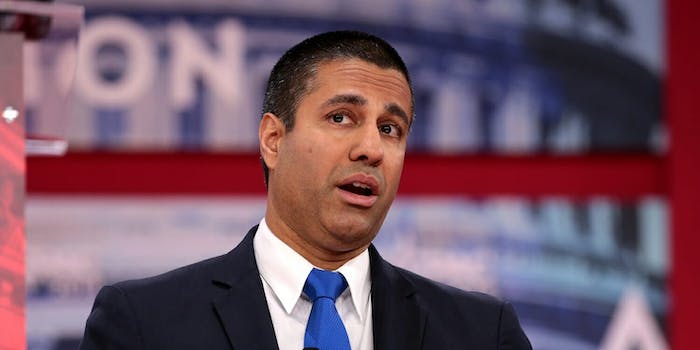 The FCC issued statements ahead of a report that is expected to show there is no evidence to support the DDoS claims.

The Federal Communications Commission (FCC) admitted that its public comment system was not attacked with a distributed denial of service (DDoS) attack ahead of its net neutrality vote last year.

FCC Chairman Ajit Pai blamed the agency’s former chief information officer for providing “inaccurate information” about the alleged DDoS attack in a statement ahead of the release of an Office of Inspector General’s report that is expected to show that there is no evidence that the DDoS hit occurred.

In May 2017 the FCC said its comment system was “subject to multiple distributed denial-of-service attacks” that made it “difficult for legitimate commenters to access and file with the FCC.”

Net neutrality advocates called on the agency to release evidence of a DDoS attack shortly after the FCC released its statement.

FCC Commissioner Jessica Rosenworcel said on Monday that the claims of the DDoS attack were always “bogus,” and said the agency using resources to debunk the idea of a DDoS attack happening was “unfortunate.”

“The Inspector General Report tells us what we knew all along: the FCC’s claim that it was the victim of a DDoS attack during the net neutrality proceeding is bogus,” she said in a statement.”What happened instead is obvious—millions of Americans overwhelmed our online system because they wanted to tell us how important internet openness is to them and how distressed they were to see the FCC roll back their rights.”

Evan Greer, the deputy director of internet rights group Fight for the Future, said the claims of the DDoS attack being untrue make the FCC’s vote to repeal net neutrality protections “illegitimate.”

“Pai attempts to blame his staff, but this happened on his watch, and he repeatedly obstructed attempts by lawmakers and the press to get answers,” Greer said in a statement. “The repeal of net neutrality was not only unpopular, it was illegitimate. Congress must act now to pass the CRA resolution to reverse this decision and restore basic protections for internet freedom.”

This isn’t the only issue surrounding the comment system the FCC has faced.

Millions of fake identities were used in the agency’s public comment system ahead of the vote with two senators, Sen. Jeff Merkley (D-Ore.) and Sen. Pat Toomey (R-Pa.), claiming they were among those whose names were used.

The lawmakers asked the FCC about its investigation into the fake comments and how they intend to fix their comment system. Both houses of Congress have also raised concerns about the fake comments.

In response to the Senate’s request for an investigation into them, the FCC said they were being “desperate” in attempting to delay its controversial net neutrality vote. The FCC said it is going to address its comment system.