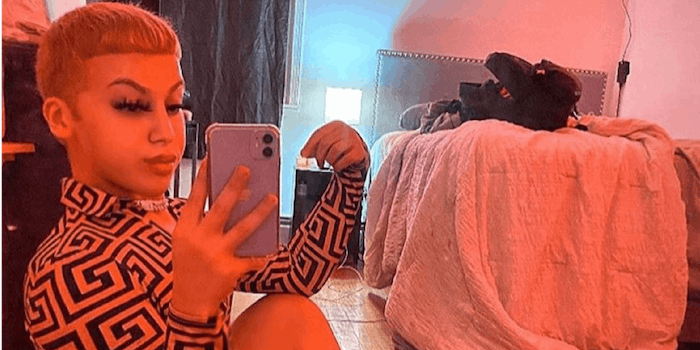 'Bernie is the ONLY candidate that can unite us all.'

The 2020 presidential race is tightening as people begin making their official endorsements.

Celebrities have also been flocking to their preferred candidates in recent weeks, publishing statements and appearing at official events to show their support. Now, online celebs are throwing in their thoughts.

Timmy Thick, a social media influencer with a significant following and a spotty past, just endorsed Sen. Bernie Sanders (I-Vt.) to the delight of his fans.

“I, Timmy Thick have decided to officially endorse Bernie Sanders,” he wrote. “Bernie is the ONLY candidate that can unite us all and start changing the system from the inside out. Biden is a continuation of the status quo.”

Thick’s fans overwhelmingly supported his decision to back Bernie. In just over 12 hours, his tweet earned nearly 70,000 likes and 13,000 retweets. People encouraged the 17-year-old influencer, who boasts a following over 40,000 strong on Twitter, through a string of supportive messages in the comments of his tweet.

“This endorsement is literally worth more than Buttigieg and Klobuchar combined,” one commenter wrote.

Thick’s endorsement may not mean as much as one from Lizzo or Scarlett Johansson, but it might be enough to shift a few people in Sanders’ favor. Thick’s multiple run-ins with controversy, however, could get in the way. The teenaged influencer has racked up a few negative headlines since his 2016 rise, some of which may haunt his endorsement.

In December, Thick made waves with his social media return. A video posted to Instagram showed him twerking and answering fan questions. In the course of one of his answers, however, he casually dropped the N-word. People online were split over the video, but his following remained strong.

Regardless of his past controversies, Thick’s endorsement—and his hefty online following—could mean a lot to Sanders.