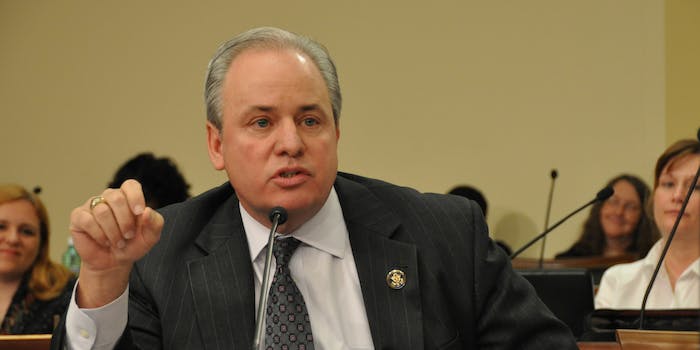 Fighting for our Health/Flickr (CC-BY)

Will a lame-duck Congress take up the net neutrality fight?

The lawmaker behind the effort in the House of Representatives to overturn the Federal Communications Commission‘s (FCC) decision to rescind net neutrality rules is still holding out hope his endeavor will be successful in the lame duck session.

Rep. Mike Doyle (D-Penn.), who launched the House’s version of the Congressional Review Act (CRA) effort after the Senate passed its own version earlier this year, initially told Politico it doesn’t appear likely that the House CRA will get the needed number of votes to pass before the end of the year.

“It just doesn’t have the kind of the push it would need to get us over the top,” he told the news outlet, later adding: “We’re coming to the end of the session and this lame duck’s going to be dealing with a lot of things that are probably going to take precedence.”

However, Doyle’s office said the comments reflected challenges that any bill would face toward the end of the year as Congress gets ready for a new group of lawmakers to come in. A spokesperson for his office said there is still work to be done.

“Congressman Doyle is still optimistic about restoring net neutrality,” a spokesperson for Doyle told the Daily Dot. “In fact, [Rep. Doyle] still plans on a final push to pass the CRA bill before the end of the year.”

The House CRA currently has 177 lawmakers signed onto it—including one Republican—but needs 218 signatures to pass.

With only 41 votes shy of reaching a majority, net neutrality advocates have been asking supporters to try and convince lawmakers to sign onto it before the end of the year, when Congress’s CRA effort would expire.

The focus of advocacy efforts is on lawmakers who have yet to voice support for the CRA efforts.

“Members of Congress have a choice to make,” Evan Greer, the deputy director of Fight for the Future, told the Daily Dot in an email on Thursday. “If they support net neutrality and a free and open internet they should support the resolution to reverse the FCC repeal before the deadline.”

There are several lawsuits that are trying to overturn the FCC’s decision.