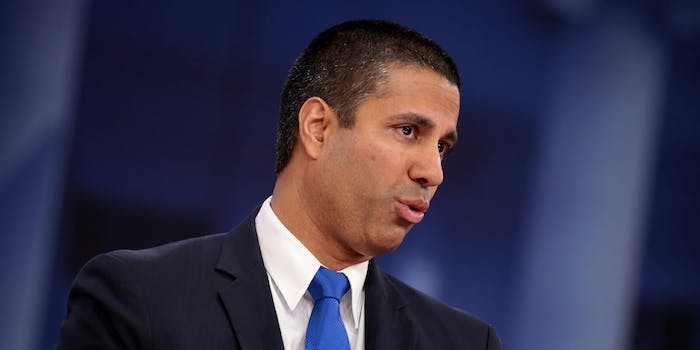 The New York Times sued for access to records regarding the fake comments.

Federal Communications Chairman (FCC) Ajit Pai said it was a “fact” that there was Russian interference in the public comments ahead of its controversial net neutrality vote last year, amid sparring between another commissioner about a lawsuit the agency is in the midst of.

The admittance was made in response to a lawsuit filed by the New York Times, who requested access to records surrounding the public comments that they argued would “shed light to the extent to which Russian nationals and agents of the Russian government have interfered with the agency notice-and-comment process about a topic of extensive public interest.”

The public comments left ahead of the FCC’s net neutrality vote have been at the center of much scrutiny—with millions of fraudulent comments (including the names of dead people and current members of Congress) being used.

One recent study recently found that of the real comments, nearly 100 percent were made in favor of the FCC keeping the existing net neutrality rules.

The Times used the Freedom of Information Act (FOIA) to request access to server logs and IP addresses.

As part of the lawsuit, the FCC released a memorandum opinion earlier this week, arguing in favor of its decision to use FOIA exemptions to block part of the newspaper’s request.

Both Pai, a Republican, and FCC Commissioner Jessica Rosenworcel, a Democrat, attached opinions to the memorandum.

Rosenworcel came out hard against the FCC in her statement, starting it by asking what the FCC was “hiding” as part of its defense against the FOIA request.

“As many as nine and a half million people had their identities stolen and used to file fake comments, which is a crime under both federal and state laws,” she wrote. “Nearly eight million comments were filed from e-mail domains associated with FakeMailGenerator.com. On top of this, roughly half a million comments were filed from Russian e-mail addresses. Something here is rotten—and it’s time for the FCC to come clean.”

In his response, Pai says it is a “fact” that some of the comments were submitted using Russian e-mail addresses, but argues many of those comments supported net neutrality. The “fact” comment—as Gizmodo points out—is different than what was said in a court filing related to the lawsuit where the FCC claims it is not convinced of Russian interference.

Regardless, Pai cites the argument of the FCC’s IT staff, that keeping the information private is necessary to defend against cyberattacks.

Several Democratic lawmakers have also asked the FCC’s Inspector General to open an investigation into the fake comments.