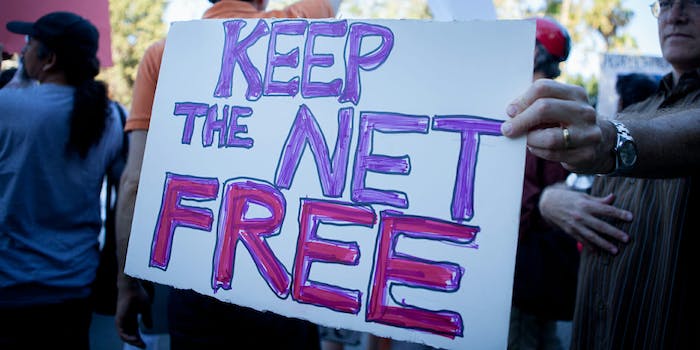 The deadline for the CRA to pass is very close.

As the deadline inches closer for the House of Representatives to pass its effort to restore net neutrality protections using the Congressional Review Act (CRA), activists are ramping up pressure on Democrats who have yet to join their colleagues in supporting it.

The House CRA needs 218 votes (a simple majority) to pass like the Senate version did earlier this year. Currently, 178 lawmakers have signed onto the CRA discharge petition, including one Republican, making it 40 votes shy of reaching the needed threshold. If it does ultimately pass by next week’s deadline, President Donald Trump would need to sign it into law.

Of those who have yet to sign on, 18 are Democrats—who are now the focus of internet rights advocates.

Fight for the Future, an internet rights advocacy group, recently launched DemsAgainstThe.Net, a website where people can find contact information for the Democrats in the House who have yet to sign onto the CRA.

The site also shows campaign contributions from internet service providers that have been made to the lawmakers.

“These Democrats have no excuse: their constituents want them to support real net neutrality and the entire rest of their party has already done so,” Evan Greer, the deputy director of Fight for the Future, said in a statement. “Do they really want to be seen as more beholden to corporate interests than the three Republican Senators who voted for the CRA? We’re putting these Congress members on notice and sending a clear message: The internet never forgets.”

Several of the Democratic lawmakers who have yet to sign onto the CRA told the Daily Dot earlier this year that they would prefer legislation over the CRA efforts. Meanwhile, net neutrality advocates have argued against legislation being the best option.