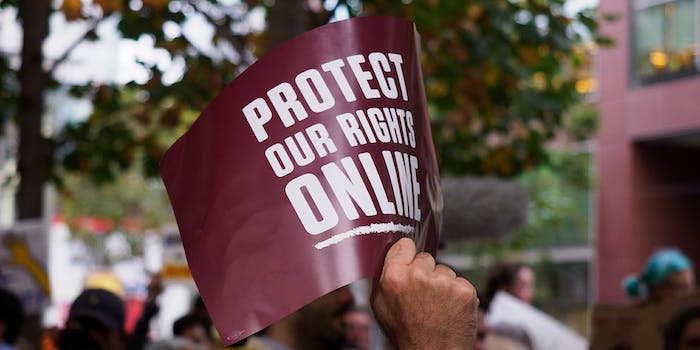 The subpoenas were sent on Tuesday.

The New York Attorney General subpoenaed several telecom groups, lobbyists, and advocacy organizations on Tuesday as part of its investigation into millions of fraudulent public comments left on the Federal Communications Commission (FCC) website ahead of its controversial net neutrality repeal last year.

The New York Times reports that the subpoenas are trying to gauge whether or not the groups and organizations were trying to sway the FCC’s decision to repeal net neutrality rules. The Times reports many of the fraudulent comments appeared to be associated with a “particular network of advocacy organizations, trade groups, and consultants.”

The Attorney General is also seeking records from pro-net neutrality advocacy groups, according to the report.

New York Attorney General Barbara Underwood, who is leading a charge among more than 20 states challenging the repeal, said on Twitter that she intends to “get to the bottom of what happened” regarding the fake names—which have been at the center of intense scrutiny for months.

“The FCC’s public comment process on #NetNeutrality was corrupted by millions of fake comments – including as many as 9.53 million that stole the identities of real people. We’ll get to the bottom of what happened,” Underwood wrote.

FCC Commissioner Jessica Rosenworcel, a Democrat, also commented on the news of the subpoenas.

“The @FCC #NetNeutrality docket was riddled with fraud: half a million comments from Russia, two million comments from individuals with stolen identities. Now the @NewYorkStateAG is sending subpoenas to get to the bottom of this mess. It’s time to figure out what really happened,” she wrote on Twitter.

Earlier this week, a study out of Stanford University found that among the real comments left on the FCC’s website ahead of its vote, nearly 100 percent of them were written by people who favored the internet protections.

The fraudulent comments—which included dead people’s names and the names of lawmakers being used—have also drawn the ire of members of Congress.