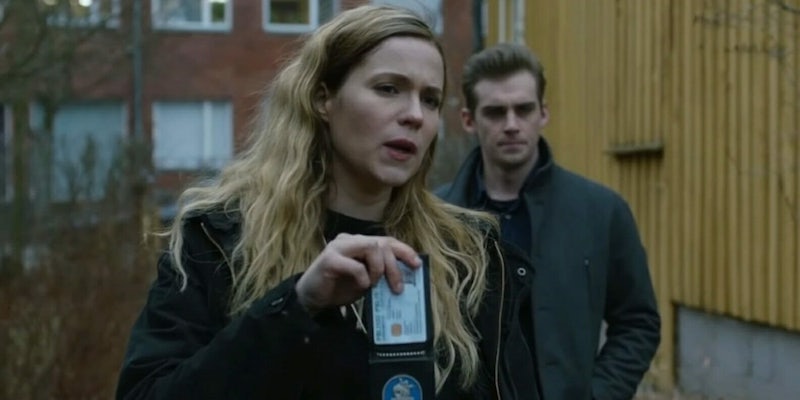 It's a fine show. But is it worth watching?

Netflix’s Finnish crime drama Deadwind is a perfectly fine procedural. And that is the show’s biggest weakness. With an unlimited number of TV shows available to viewers, who has time for well made, yet unremarkable shows? That thought is what I kept coming back to while working my way through Deadwind.

The show kicks off with the discovery of a dead woman (of course) found on a beach. The show primarily follows the lead detective on the case, Sofia Karppi. The mystery steadily deepens and the show works its way through red-herrings like clockwork. You’ve seen this show. You’ve seen it many times. Deadwind gave me PTSD flashbacks to AMC’s loathsome The Killing.

Deadwind is a meat-and-potatoes show that delivers exactly what the genre calls for, no more and no less. It’s replacement-level television, and because of that, I can only recommend it to genre enthusiasts. Casual viewers are better off watching something else.

Enough negativity, because I am, after all, a sucker for a murder-mystery. Despite my tepidness in this review, I did really like some of the individual components of Deadwind. Pihla Viitala, who plays Sofia, is great. Sofia is a recently widowed mother of two. Her first case back at work is the woman from the beach, Anna Bergdahl. Sofia is saddled with a confident rookie who questions her at every turn. She is exhausted. She is the embodiment of someone who is figuratively drowning but refusing to give in. Viitala plays Sofia as beaten but not broken—she’s the best thing about Deadwind—and the show is often at its best when we’re just watching her.

Sophia and her partner Sakari Nurmi, played by Lauri Tilkanen, have an amusing rapport. He asserts his theories, she frequently presents a smarter and more logical scenario, and they repeat the pattern. Their investigation quickly expands into a corporate malfeasance and ropes in shady, obtuse characters like Alex Hoikkala. This is where Deadwind settles into its procedural blueprint that goes on cruise control. Hoikkala is the face of a company looking to greatly expand Finland’s solar power footprint. This side of the investigation is a bit dry, and it was at this point where my interest in Deadwind began to dwindle.

When it comes to these kinds of shows, I find myself constantly bringing up Broadchurch. I have to do it again here because Broadchurch, also available on Netflix, is the bar that shows like Deadwind, Thirteen, and The Forest are trying to clear. Deadwind is the kind of show you’ll enjoy in the moment and forget about the second it ends. Who has time for that?