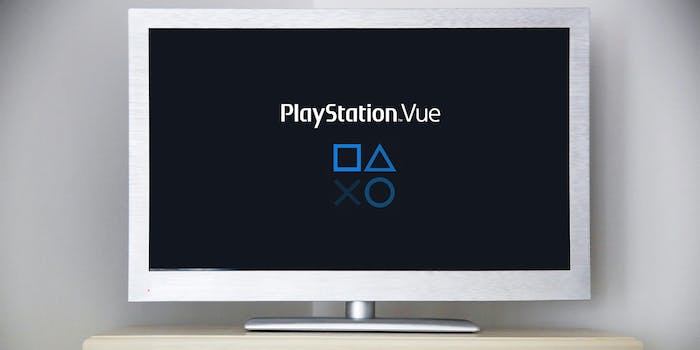 How many devices can you stream PS Vue with at once?

Whether you’re streaming your favorites from Netflix, Amazon Prime, Hulu, or get into live TV streaming, Sony’s PS Vue is a great service that makes it easy to access the programming you want. Thankfully, there are several fully-equipped PlayStation Vue devices can stream all the PlayStation Vue channels to your heart’s content. Here’s everything you need to know about what devices PS Vue supports and how many different people can stream on one account at the same time.

What is PS Vue?

PS Vue is an online streaming TV service owned by Sony. Originally only available on Sony devices, the service has expanded the number of ways viewers can enjoy its programming over the years. It now supports a wide range of streaming devices and alternative methods. However, because this is a Sony product, don’t expect to be able to watch on your XBox game console. The streaming wars, like the video game wars, are serious business. Packages start at $44.99 per month for 40+ channels, including ESPN, CNN, Disney, and more. PS Vue also offers add-ons for premium channels like HBO, Showtime, and NFL RedZone. Be sure to check out our comprehensive rundown of PlayStation Vue channels.

While the inability to stream on an Xbox might sting, PS Vue works on almost any major streaming device you can think of. Here’s a comprehensive list of everything you can use to stream PlayStation Vue at home.

How many devices can you use with PS Vue?

When it comes to streaming on multiple devices PS Vue makes the competition look stingy. You can stream simultaneously on up to five different devices using one PS Vue account. In addition, users can make up to 10 different profiles, meaning everyone in your house can have their own personalized recommendations and DVR. Big families, especially ones with kids away at college, should give PS Vue a look.

We’ve tested PS Vue on the PS4, Roku, Amazon Fire, Chrome, Safari, and iOS. Of all the devices the best one, the PlayStation 4, is also the most expensive. So what makes the $200-plus PlayStation 4 the best way to stream PS Vue? Multi-channel viewing. You can watch up to three live channels at once on one screen on the PlayStation 4. For sports fans who follow multiple games, this feature might be able to sell you on PS Vue by itself, provided you have a PlayStation 4.

If you’re looking to use the service on a more reasonably priced device, the Roku Streaming Stick remains the gold standard for entry-level devices. Users get a compact streaming stick that offers 1080p HD picture and a voice-controlled Bluetooth remote for just $49.99. It’s tiny so you can throw it in your bag when you’re traveling, or just enjoy that it doesn’t take up space in your entertainment center.