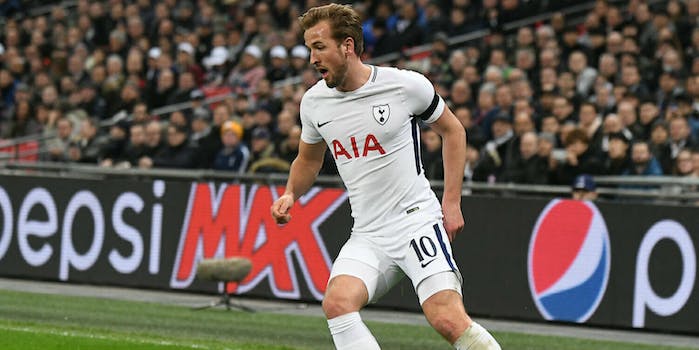 How to watch Arsenal vs. Tottenham online for free

The North London Derby is on.

Tottenham crashed into the title race with a 3-1 victory over Chelsea last week, and they carry that momentum into the 196th edition of the North London Derby. Watch Arsenal vs. Tottenham online to see if Arsenal manager Unai Emery can crack into the top-four or if Mauricio Pochettino can keep his side in third place behind undefeated Liverpool and Manchester City. Here’s everything you need to catch the Arsenal vs. Tottenham live stream for free.

Arsenal vs. Tottenham live stream: How to watch online for free

Every major live TV streaming service offers NBC Sports, and a few of them offer the Spanish alternative, NBC Universo. No matter which option you select, you’ll be eligible for a free trial. Even better, your subscription credentials can be used with the NBC Sports app, giving you another way to live stream Arsenal vs. Tottenham.

Arsenal vs. Tottenham: Why it matters

Being the guy after the guy is never easy, but Emery hasn’t had any problems in succeeding legendary manager Arsene Wenger at Arsenal this season. Arsenal is still in fifth place, but the club is much closer to the Champions League-clinching top four than what it was accustomed to during the end of Wenger’s two-decade run. Arsenal has eight wins in 13 games so far, but it has not had a lead at halftime in any of them. Scoring goals is not the problem—Arsenal has been doing that forever. The problem is at the back. Lucas Torreira has been one of the best defensive midfielders in England this season, but he is required to do too much in a system where the players aren’t comfortable with defending.

Spurs, on the other hand, have plenty of skilled defensive-mids, and those one or two players will be key in defining the way this game will be played. If Eric Dier or Mousa Dembele can maintain possession, this will allow Dele Alli and Christian Eriksen to run into the space vacated by Torreira. Torreira will be putting out all fires and defending all 11 players, so a possession-based strategy would work best for Spurs coach Mauricio Pochettino this week. This would be slightly different tactically than Spurs’ usual high-pressing system, so if Arsenal controls the majority of possession, Spurs could be in trouble.