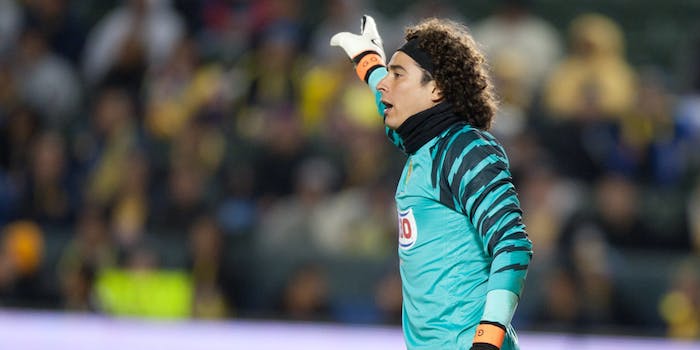 Here is everything you need to know to stream Club América live.

Club América returns to Liga MX play after an eventful three games that has seen Las Águilas play all three of their major rivals in a row. Things looked promising after the 1-0 win over Chivas to start things off, but the clashes at Cruz Azul and versus Pumas both ended in a draw.

This week the opponent is even more difficult, playing top of the table Club León on the road in the last match of the week. América hasn’t sustained any major injuries, and a win at the best team in the league would be a major morale boost for the club, along with keeping its chances for the number one seed in Liguilla alive.

According to the oddsmakers at BetMGM (as of Oct. 15):

Here’s how América’s starting XI looked in the last match):

When it comes to Club America and the rest of Liga MX, you need a guide to how to navigate all the streaming services carrying Mexican soccer. Here’s that guide:

The Fubo channel list still includes plenty of sports, including the Fubo Sports Network, which has original programming mixing sports and humor. If you want to stream America live, Fubo’s one of your best options.

Fubo added the ESPN suite of channels in an agreement that also brought ABC and the Disney Channel. Pretty much every sports channel you could think of is available through Fubo, including BeIN Sports, CBS Sports Network, and TUDN. To get the most sports, consider adding the Sports Plus with NFL RedZone add-on at $10.99 a month to a robust Fubo Elite package.