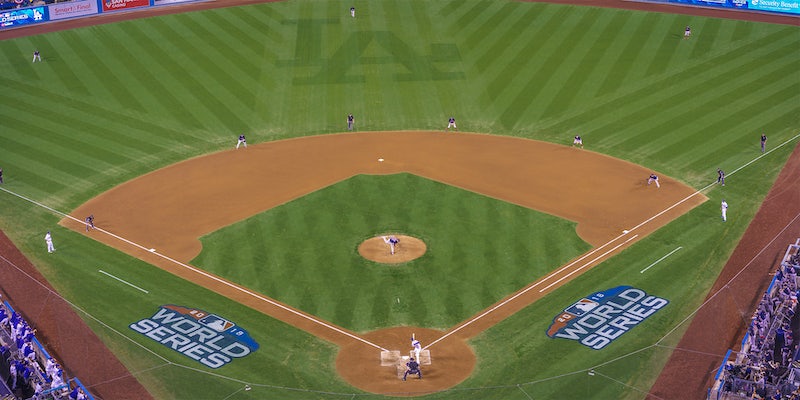 MLB streams: How to watch all the Major League Baseball postseason games

Here's how to find MLB streams throughout the 2021 playoffs.

Want to know where to find your MLB streams? October is when Major League Baseball really comes to life, with the MLB playoffs starting up on October 5 and possibly running into November. This year, you’ll be able to watch postseason baseball on a few different channels. Read on to learn how to find MLB live streams to get you set for all the playoff games.

In 2021, five teams from the National League and five teams from the American League will vie for spots in the World Series. If there are any tiebreaker games, those will be played Monday, October 4 and streamed exclusively on ESPN. The MLB postseason schedule then starts the day after, with one-game wild card playoffs. MLB live streams will be split among Fox, FS1, MLB Network, and TBS.

These one-game playoffs determine who faces the top seed in each league.

These best-of-five series determine who goes to each league’s championship series.

These best-of-seven series determine who goes on to the World Series. In each, the team with the best record will host Games 1 and 2, then the series moves to the other team’s park for three games. Games 6 and 7, should they be necessary, will be hosted by the team that hosted the first two games.

The 117th edition of the World Series brings the AL and NL pennant winners together for the best-of-seven series. As with the ALCS and NLCS, it’s a two-three-two hosting format.

All the World Series games will stream live on Fox.

How to find MLB streams throughout the playoffs

If you’re looking to live stream the Major League Baseball postseason in 2021, you have options. But not every service will get you every game. Here’s a guide to find MLB streams from the Wild Card games to the World Series.

If you’re looking for a streamlined, cost-effective streaming package, check out Sling TV. It offers two basic cable packages, Sling Orange and Sling Blue, each of which costs $35 per month. There’s also the third option of getting Sling Orange + Blue for just $50 per month. If you’re new to the service, Orange or Blue is just $10 for your first month, while the combo option is just $20 for the first month.

You’ll get more Sling TV channels by choosing Sling Blue, with its 40 channels including sports favorites like FS1 and NBCSN and cable mainstays like Food Network and Discovery Channel. But Sling Orange brings must-haves Disney Channel and ESPN as part of its package. Sling also has a number of add-ons, including robust international packages organized by languages all over the globe.

It also sets you up with local channels and has a broad spectrum of entertainment and sports channels to review. Those include Cartoon Network, FX, HGTV, and even deep cuts like National Geographic and Syfy.

Hulu Live TV carries ESPN, FS1, and TBS, and Fox in most markets.