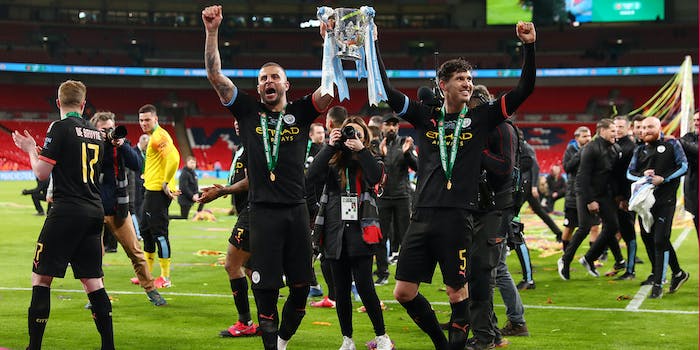 How to stream the League Cup Final: Manchester City vs. Tottenham Hotspur

On Sunday, you can stream the League Cup final on ESPN Plus. Can Manchester City win a trophy today … and will it be the first of four this season? Or will Tottenham Hotspur win its first silverware since 2008?

Here’s what you need to know to stream the League Cup final (also known as the Carabao Cup for sponsorship reasons.

Manchester City has owned this tournament of late: It’s won the last three straight League Cup finals, and five of the last seven. If City wins Sunday, it’ll be the team’s eighth overall title, tying it with Liverpool for League Cup supremacy.

Tottenham Hotspur has had a challenging season with some high highs and low lows. The team’s higher-ups recently sacked manager Jose Mourinho, perhaps quicker than expected when he was hired. A trophy would mean a lot to the Spurs organization and especially for Spurs fans.

City had its eye on a quadruple this season, and lost in the FA Cup semis last weekend. But the team still has three titles to contend for, with securing the Premier League title and the Champions League trophy much more prestigious aims.

(But a trophy is a trophy.)

How to stream the League Cup final on ESPN+

All English tournament action in the League Cup and FA Cup streams on ESPN Plus. The streaming service is becoming essential for soccer fans, and it offers a staggering amount of games for its monthly price tag.