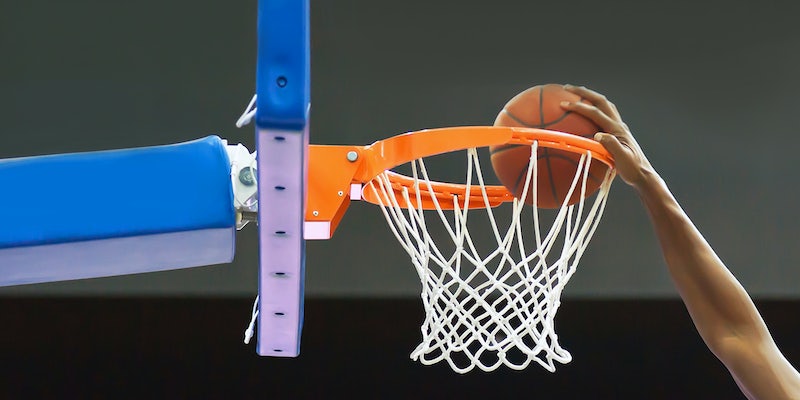 See where your team picks in this year's NBA Draft.

Just nine days after the Milwaukee Bucks won the NBA title, the league gets a new infusion of talent. Stream the NBA Draft, which will be broadcast on ESPN at 8pm ET, and you’ll get to see the Class of 2021 pick by pick.

Oklahoma State’s Cade Cunningham is expected to be the No. 1 pick in the draft to immediately improve the Detroit Pistons, with G-Leaguer Jalen Green expected to go to the Rockets second, and big man Evan Mobley likely to go to the Cleveland Cavaliers with the third pick.

While that’s what’s expected to happen, there’s sure to be at least one surprise, with either a last-minute trade, or a team thinking it’s got information and insight that the pundits don’t, making for a draft night surprise.

Here’s tonight’s NBA Draft order (for the first round).

NBA Draft Live Stream: How to watch the 2021 NBA Draft

Here’s how to stream the NBA Draft.

Hulu Live TV sets you up with local channels and has a broad spectrum of entertainment and sports channels to review, including Cartoon Network, FX, HGTV, and even deep cuts like National Geographic and Syfy. It also hooks you up with NBA live stream options. If ESPN is one of your go-to channels, whether you’re getting set to stream the NBA draft, an NBA game, or other sports, Hulu’s got you covered.

To get ESPN on Sling, you need to go Sling Orange or Sling Orange + Blue, whereas all three options get you TNT, and ABC can be accessed on Sling via AirTV, in case you’re thinking about the full slate of NBA games and not just how to stream the NBA Draft.

FuboTV started as a streaming service geared toward sports fans, but it’s evolved into a broadly-appealing option with entertainment and news options alongside its robust sports choices. Depending on the package, you can access as many as 181 FuboTV channels. If you’re looking to be entertained, Bravo, IFC, MTV, and VH1 are options even at Fubo’s most basic tier. The Fubo channel list still includes plenty of sports, including the Fubo Sports Network, which has original programming mixing sports and humor. The FuboTV cost starts at $54.99 a month.

Thanks to last year’s much-celebrated connection with Disney, Fubo gets you ESPN.

If you’re already looking to AT&T for your wireless needs, you might consider AT&T TV Now to cover streaming for you. AT&T TV Now channels start with Plus and Max, which even include HBO. Then, AT&T plans expand from there, approaching cable selection and pricing with AT&T TV Now’s biggest packages. AT&T streaming also comes with Cloud DVR, letting you record up to 20 hours of TV per month. You’ll get ESPN, TNT, and ABC in all plans, but you’ll need to graduate to Xtra or Ultimate to get NBA TV, in case you’re looking for that level of NBA coverage.

Vidgo offers a package for under $40 a month that pulls together more than 60 English-language channels into its National English Package. Its channels include ABC, Fox, the ESPN family of channels (including ESPN Deportes), and it’s one of the few streaming services that carries BeIN Sports. But it’s like Fubo in that, even though it started out for streaming sports, it carries a lot more now. You can watch ESPN and chat about those online via Vidgo’s Social TV platform.