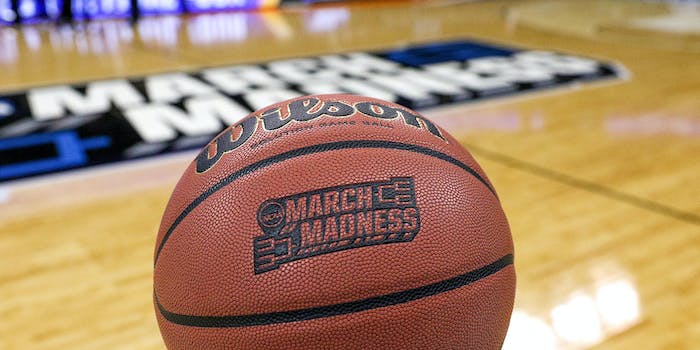 How to stream March Madness

Who will cut down the nets in Indianapolis?

Stream March Madness for one more matchup on Monday, with the NCAA men’s basketball final tipping at 9pm ET.

March Madness has been a little different in light of the pandemic—rather than action going coast-to-coast, all the games are in Indiana, with most in Indianapolis venues to minimize travel.

But it’s also been a blast so far, providing good Cinderella stories from the likes of Loyola Chicago (backed by the irrepressible Sister Jean), 15-seed Oral Roberts, and 12-seed Oregon State.

Here’s the March Madness schedule for the Final Four. (Bookmark this page for schedule updates throughout the tournament.)

First off, if you have Paramount+, the streaming service previously known as CBS All Access, you’re in luck for the Final Four, as CBS carries all three of those games. But the service will only cover you for CBS games; if you’re looking to watch games carried on TBS, TNT, and TruTV, you’ll want a streaming service that brings you those as well.

Here’s the rundown on what’s where.

The Fubo channel list still includes plenty of sports, including the Fubo Sports Network, which has original programming mixing sports and humor. Fubo added the ESPN suite of channels in an agreement that also brought ABC and the Disney Channel. Pretty much every sports channel you could think of is available through Fubo, including BeIN Sports, CBS Sports Network, and TUDN. To get the most sports, consider adding the Sports Plus with NFL RedZone add-on at $10.99 a month to a robust Fubo Elite package. You’ll find the CBS games on Fubo.

Pair Sling with AirTV, and you’ll be able to add CBS to the other channels on the service.

At its most basic Plus tier, you can find sports staples like ESPN, ESPN2, and FS1. Considering that AT&TV TV Now plans include the loaded Ultimate and Premier tiers, as well as the Spanish-language Optimo Mas package, you can find whatever sports channel you’re seeking in at least one of the AT&T TV Now plans. If you’re looking to stream March Madness, AT&T TV Now will get you all four channels you need.

It’s a great option for college basketball fans, covering you for streaming the NCAA Tournament, and it’s great in general for sports fans. It comes with ESPN, ESPN2, FS1, FS2, and NBCSN at the ready. Deeper sports cuts, like NBA TV, MLB Network, CBS Sports Network, and ESPNU are also part of the YouTube TV plan. For $10.99 more a month, upgrade to the Sports Plus plan to get NFL RedZone and six additional sports channels.