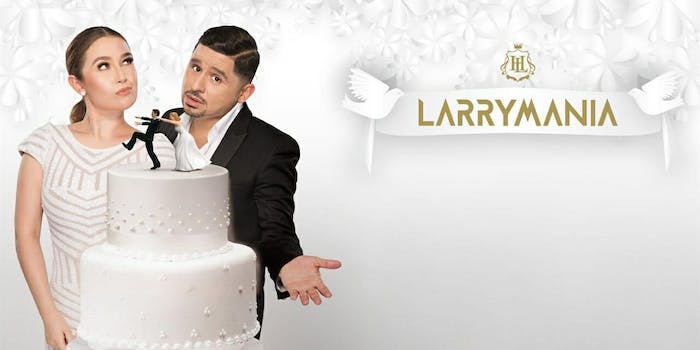 How to watch Universo online for free

There's a lot to love on Universo.

Before it was Universo, it was mun2—Telemundo’s would-be hipper younger sibling, named for the dual worlds that young Latino Americans, in particular, lived in. After NBC snapped up Telemundo in 2001, it became NBC Universo. The “NBC” may not be part of the name anymore, but Universo, as the peacock perched on its logo can attest, still has all the backing and resources of Comcast.

But Universo hasn’t forgotten its “two worlds” roots, with a programming slate that reflects the bilingual reality of many households in America’s Hispanic community. Programming is presented in both Spanish and English, and mun2-bred reality shows like Larrymania have mixed it up with original programming like Top Chef Mexico and Spanish-language airings of American dramas like The Walking Dead and Battlestar Galactica. And it’s home to a whole lot of sports, including Sunday Night Football, Premier League matches, and—come 2022—World Cup matches.

Unlike NBC and Telemundo—in most markets, anyway—you can’t catch Universo over the air with your antenna. But you can access it with a live TV streaming subscription service, and fortunately, you’ve got a lot of options with no need for a cable subscription.

Here’s everything you need to know to watch Universo online.

HOW TO STREAM UNIVERSO

How to watch NBC Universo for free

There are a number of live TV streaming services that offer Universo. So, how do you decide which one is right for you? Well, that depends on your budget, what other channels you just can’t live without, and what device (or devices) you plan on streaming with. We cover all of those essential issues below. But don’t worry: No matter which service you select, you’ll be able to start with a one-week trial, allowing you to watch Universo for free.

Dish Network’s foray into over-the-internet live TV is the most popular such service in the U.S. That’s no surprise, given the low barrier to entry it offers for many of the most popular cable networks. For only $25 a month, you can sign up for a tier of Sling TV that will handily compete with any basic cable package. Sling TV offers a slightly dizzying array of options: two distinct packages (Sling Orange and Sling Blue) that you can sign up for separately or together (Sling Orange + Blue, which costs just $40 per month), and add-ons ranging from premium channels like Starz to cloud DVR storage. You can add the Best of Spanish TV package to Sling Blue or Sling Orange + Blue for just $5 per month. Alternatively, you can sign up for Sling TV Latino, a $10-per-month package that exists separately from Sling Orange and Sling Blue. That package gets you not only Universo, but also a pretty staggering array of Spanish-language TV, from Cine Latino to Discovery en Español to Hola TV to Pasiones. That’s a whole lot of Spanish-language TV for just $10 a month. Here’s a complete guide to Sling TV channels and our Sling TV review.

FuboTV built its reputation on channels that distribute live sports. If you want a truly dizzying array of soccer options (and really, you should), FuboTV’s the best game in town, pardon the pun. But FuboTV’s not just the best place for cord-cutters to devour professional cycling; it also has loads of cable standards, with over 80 channels in its basic package. Universo is present and accounted for, and you also get AMC, E!, Cartoon Network/Adult Swim, Syfy, CNN, the Food Network, and many others. You can check out the complete FuboTV channels list here, and you can read more about FuboTV’s DVR here.

The internet’s preeminent source of Larry Hernandez videos offers so much more. Launched in 2017, YouTube TV lets up to six people watch live TV on one account, which makes it a tough-to-beat proposition for families, roommates, or anyone else balling on a budget. $40 a month will net you over 60 channels, including Universo, of course, as well as BBC America, National Geographic, TBS, and many others. Plus, it includes unlimited space for DVR. (You can find the full list of YouTube TV channels here.)