How to stream ‘Arrow’

His fight. His city. His legacy. 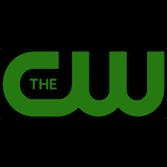 Bruce Wayne isn’t the only billionaire playboy with a knack for fighting crime. After being shipwrecked for five years, Arrow‘s Oliver Queen returns to his home of Starling City, packing some serious daddy issues in tow. He works out these new demons as a masked vigilante, who slings his arrows of justice at the greedy 1-percenters using their wealth to crush their fellow man. Whether you’re already hooked or just getting started, here’s everything you need to know about how to watch Arrow online for free.

Arrow also butts heads with popular DC Comics baddies like Deathstroke and the Creature Commandos. The end of season 6 saw Queen turning himself into the FBI and getting locked in the slammer. Luckily, he was able to get released in time for a crossover with Supergirl and The Flash, which will help tee up this year’s small screen cinematic explosion Crisis on Infinite Earths.

How to stream Arrow

All the big-name, live TV streaming services let you try their services for one week, so you can watch Arrow online for free. There are variations among them, though, especially when it comes to the local channels offered. Depending on which service you choose, the availability of the CW in your area might vary. The links below offer a quick primer on what channels you’ll get with each service.

Arrow on Hulu with Live TV

Hulu Live TV sets you up with local channels and has a broad spectrum of entertainment and sports channels to review, including the full suite of ESPN channels, Cartoon Network, FX, HGTV, and even deep cuts like National Geographic and Syfy, and of course, the CW where you can stream Arrow.

To watch Arrow, you’ll want to dock in at the FuboTV Standard level.

If you’re looking for Arrow, know that you can stream it on YouTube TV.

If you’re already looking to AT&T for your wireless needs, you might consider AT&T TV Now to cover streaming for you. AT&T TV Now channels start with Plus and Max, which even include HBO. Then, AT&T plans expand from there, approaching cable selection and pricing with AT&T TV Now’s biggest packages. AT&T streaming also comes with Cloud DVR, letting you record up to 20 hours of TV per month. If you’re looking for Arrow, get in at the AT&T TV Now Plus tier to stream it.

Arrow on the CW App

How to catch up on Arrow episodes

If you’re looking for a place to catch up on older episodes, there are a couple of solutions to watch Arrow online.