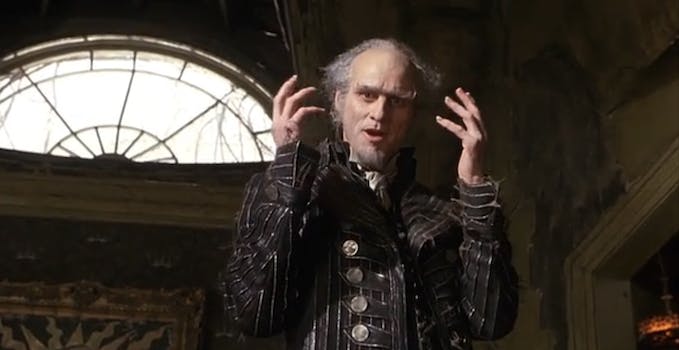 The best family movies on Netflix that parents will also enjoy

With families spending more time together than ever, we’re all going to need more options for movies to watch.

With families spending more time together than ever, we’re all going to need more options for movies to watch. So we’ve combed through Netflix’s selection to find the best movies that are fun for the whole family, not just the kids.

We’re trying to look out for parents, too, so these picks serve two purposes. First, parents who need a break can turn on Netflix, put these family movies on for their kids and not have to worry about content or appropriateness. Second, parents who want to watch along will be just as entertained as their kids.

Get your popcorn ready. Here are the 15 best family movies to fire up on Netflix.

The 15 best family movies on Netflix

Who doesn’t love Rugrats? Nobody, that’s who. Whether your love is fueled by nostalgia or you’re new to the world of Tommy, Angelica, Chuckie, Phil, and Lil, there is a purity to Rugrats that makes it timeless. This first movie brings baby Dil Pickles into the fold, who promptly gets himself lost. Tommy and the crew then get themselves lost while trying to find Dil and turn into a media sensation. If you love Rugrats, you’ll love The Rugrats Movie. —Eddie Strait

This movie is one that parents will remember from the halcyon ‘90s Nickelodeon era, but silliness is not bound to the constraints of time. Kenan Thompson and Kel Mitchell star as Dexter and Ed, two bumbling best buds who work at the titular fast-food joint. With their quaint restaurant facing stiff corporate competition, the least qualified but most good-hearted guys must save the day. The movie gets along just fine on the chemistry between Kenan and Kel and good time vibes. If your kids are fans of iCarly, Sam & Cat, Victorious, or Drake & Josh, add Good Burger, a movie from the same mastermind (Dan Schneider), to your Netflix queue. —E.S.

The Little Prince flew under the radar of most casual audiences in summer 2016, when the family movie debuted on Netflix and received a blink-and-you’ll-miss-it run in theaters. It’s an adaptation of the beloved 1943 novel by Antoine de Saint-Exupéry and mixes stop motion and computer animation. With an A-list cast lending their voices, The Little Prince has the pedigree onscreen and off and successfully offers a new spin on a classic story. With its unheralded release, there’s a good chance your kid hasn’t noticed this movie yet and an even better chance they’ll love it once they see it, on Netflix or elsewhere. —E.S.

The tale of the Baudelaire orphans (Violet, Klaus, and Sunny) and their scheming uncle Count Olaf is full of despair, ingenuity, and a litany of literary references. It’s also supremely entertaining. Author Daniel Handler created a world full of seemingly endless imagination. But amid the silliness (like Jim Carrey’s wonderfully silly turn as Olaf), the story still takes the emotions of the Baudelaires seriously, which elevates the series above similar fare. No disrespect to the great Netflix adaptation, but it’s a crying shame parents and kids alike only got one movie version of Lemony Snicket’s A Series of Unfortunate Events. —E.S.

Space Jam is the kind of endearingly cheesy movie that never fails to entertain. Pairing some of the greatest cartoon characters of all time with the greatest basketball player of all time is a can’t-miss premise. Aliens vs. Looney Tunes and Michael Jordan in a basketball game? With Bill Murray in a supporting role? Space Jam has a lot working in its favor, including a soundtrack that’s better than it has any right to be. It’s goofy, Jordan is a surprisingly decent actor (although he’s hardly pushing himself), and the Looney Tunes are always a welcome sight. —E.S.

6) Spider-Man: Into the Spider-Verse

Spider-Man: Into the Spider-Verse is easily one of the best superhero films of the past few years, standing alongside Black Panther in terms of visual imagination and joyfully innovative use of the source material. It’s a fresh, funny new take on Spidey’s origin story, focusing on Miles Morales (Shameik Moore) with a supporting cast of Spider-people like Peter Parker and Gwen Stacy (aka Spider-Woman). The combination of CG and hand-drawn animation is revolutionary, and the film is self-referential without being smug. Instead of relying on tired tropes to fill in the gaps, Into the Spider-Verse gives us everything we need to love and understand Miles: a satisfyingly personal story embedded in a uniquely energetic visual experience. —Gavia Baker-Whitelaw

Speaking of filmmakers who are still chasing the ghosts of past work, this Netflix-ready, family-oriented action movie is a great reminder of what made Robert Rodriguez a wunderkind in the ’90s. The premise of the Cortez kids, Carmen (Alexa Vega) and Juni (Daryl Sabara), having to save their spy parents is such a fun high concept that still holds up. Over the years, it felt like Rodriguez’s quest for technical innovation came at the expense of his storytelling, but movies like Spy Kids will make you root for a return to form. —E.S.

Arriving 14 years after the original, Incredibles 2 debuted in the midst of a much more crowded cinematic superhero field. But by keeping the focus on the Parrs, it tells the kind of story we don’t often see in these movies: a more intimate family struggle as Elastigirl becomes the face of an effort to make supers legal again. It leaves Mr. Incredible on the sidelines to take care of the kids, but what could’ve been a tireless and sexist trope evolves into something more layered and nuanced. Jack-Jack, whose powers were revealed toward the end of Incredibles, handily steals the show as he switches from one power to the next on a whim. —E.S.

Every neighborhood has that house: the one that kids tell stories about, the one house that creeps out even the adults. Monster House is about that house and the trio of kids it terrorizes. It feels like an ’80s throwback, in the vein of something like The Goonies. Monster House is inventive, a little spooky, and the animation looks great. Even better, it’s the kind of family movie on Netflix that adults will enjoy just as much, if not more, than kids. —E.S.

10) The Princess and the Frog

The Princess and the Frog is the one of the best Disney films of the last 15 to 20 years. Set in 1912 New Orleans, it’s about a chef, Tiana, who dreams of opening her own restaurant. But her plans get sidetracked when she is inadvertently turned into a frog. Her quest to return to her human form has a few twists and turns. The Princess and the Frog is a bit of a throwback, a traditionally animated princess story that makes a few notable advancements for the Mouse House (including a Black princess). —E.S.

In this sequel, two friends (Sam and Sonny) unwittingly unleash a horde of monsters from R.L. Stine’s massively popular Goosebumps series. With the iconic Slappy the Dummy in tow to keep the mischief flowing, Sonny and Sam must find a way to corral all of the monsters back into an unpublished Goosebumps manuscript. This is a standalone movie, so your family can jump into Goosebumps 2 on Netflix without missing a beat. It’s a fun, meta movie that is highly entertaining. —E.S.

This may be the movie that unleashed the minions on the world, but at least it’s good. Despite the prevalence of the yellow troublemakers, the heart of the story is the three orphans (Margo, Edith, and Agnes) finding a family with supervillain Gru and his minions. As the girls form their bond with Gru, he’s distracted by his feud with fellow villain Vector. The Despicable Me series has grown repetitive over time, but this first film remains funny and charming. —E.S.

Sharing a childhood classic with your kids is one of the simpler pleasures of parenthood. Remakes, even when they don’t live up for their predecessors, offer parents that chance. The Karate Kid is one of the remakes that is better than anyone anticipated. Jaden Smith and Jackie Chan star as the student and teacher who form an unlikely bond through martial arts. They channel the energy of Ralph Macchio and Pat Morita, and that central relationship makes both Kids as good as they are. —E.S.

14) A Shaun the Sheep Movie: Farmageddon

This sequel to Shaun the Sheep is another winner from Aardman Animations (best known for Wallace and Gromit). After a UFO lands in Mossingham, Shaun does his best to help the alien get back home before a shady government agency can catch it. Aardman releases don’t draw the same kind of crowds stateside as they do overseas, but its films are on par with Pixar, Disney, Dreamworks, and other major animation studios. —E.S.

Ralph (John C. Reilly) and Vanellope (Sarah Silverman) are back for more adventures in this sequel to Wreck-It Ralph. After the two find a Wi-Fi router in the arcade, they hit the World Wide Web (a much friendlier internet, of course). New friends and new experiences abound for Ralph and Vanellope, and plenty of fun ensues. Plus, Reilly and Silverman are joined by an all-star cast. This Netflix-available sequel will please families who are fans of the first movie. —E.S.