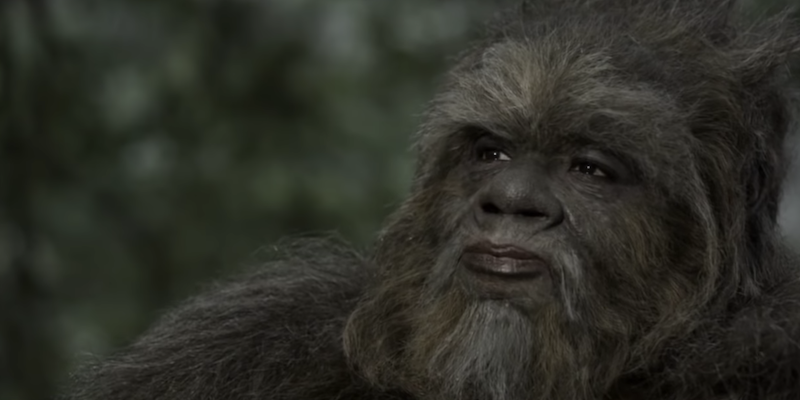 10 movies and documentaries you should see on SnagFilms

Indie fans will find plenty to love on SnagFilms.

The internet is packed with free streaming services, but none target indie fans like SnagFilms. Featuring thousands of indie movies and documentaries for streaming, SnagFilms is like Crackle for film students. Documentaries make up the vast majority of SnagFilm’s content, but there are plenty of narrative films to discover as well. From obscure indie titles to classic films from the ’20s through the ’60s, the service offers a surprisingly deep well of content.

Hardcore cinephiles who poke around the site will readily recognize the classics it offers, such as Nosferatu, Night of the Living Dead, Charade, and Animal Farm. But SnagFilms shines brightest when you look beyond its big names. Here are the best movies you’ve never heard of on SnagFilms, and how to watch them.

How to watch SnagFilms

For years the only way to watch SnagFilms content was on its website. While the site makes searching and streaming easy, a better way has come around. Two of the biggest streaming platforms on the market, Roku and Amazon Fire, each offer a SnagFilms channel for users. Users can also find SnagFilms library on its YouTube channel. Now you can enjoy SnagFilms library on your home TV without worrying about casting or hooking up an HDMI cable. If you’d rather watch your movies on the go, you can download the SnagFilms app for your Apple or Android device.

The best movies on SnagFilms

The world is full of movies about Sasquatch, but Letters from the Big Man is the rare one where he isn’t a monster. Christopher Munch’s thoughtful meditation on loneliness follows a government scientist on a stream survey through the Oregon wilderness. Dealing with work and lingering feelings from a breakup, she soon discovers something is following her in the wood— something the world doesn’t know exists. Letters… is a truly odd film, but only because of our expectations for creatures in the woods. Viewers willing to set aside preconceived notions will discover a beautiful film full of soul and stunning nature photography.

From the ’40s through the ’60s, American foreign policy was defined by a cultural fear of nuclear war. This legendary cult documentary compiles propaganda films and military shorts used to inform and often terrify. Using America’s own films to show how fear motivated a generation, this is a dark experience. But by alternating between mind-boggling horror and gallows humor, the filmmakers keep it from being an unbearable one. Sit back and see why The Atomic Cafe has resonated with viewers for three decades.

Forget horror. The Corporation is a terrifying documentary about a monster that’s taken over American life: business. Drawing from interviews with CEOs, whistleblowers, workers, and everyone in-between, this documentary explains the rise of modern capitalism. The Corporation teaches an uncomfortable lesson, made worse by how much more powerful business has gotten since its release.

In 1996, the Tupac Amaru Revolutionary Movement took 400 people hostage at the Japanese embassy in Lima, Peru. They would stay there for 126 days. Drawing from archival footage and secret recordings from the embassy, Siege explores one of the longest hostage crises in modern history. From life during captivity to the motivations of TARM leader Nestor Cerpa, The Siege artfully recounts an international tragedy with grace.

SnagFilms isn’t just for dark stories; it’s also home to a host of incredible rock and roll documentaries. From Straight to Bizarre explores the birth of Frank Zappa’s Bizarre and Straight labels in 1968, home to a some of history’s wildest guitar music. Drugs, mental illness, groupies with angelic voices, and even a gospel choir found a home at the labels. Along the way, they made history. Discover a label that gave everyone from Alice Cooper to Lenny Bruce a home, and the manic chaos that formed it.

Traditionally, all you needed to wrestle was four limbs and determination. In A Fighting Chance, we meet Kyle Maynard, a 23-year-old born without arms or legs. Of course, he hasn’t let those details keep him from becoming a nationally ranked wrestler and motivational speaker. Now Maynard has a new goal: fight an MMA match against an able-bodied fighter. Filmmakers Takashi Dosher and Alex Shofner follow Maynard on his quest to push himself to controversial, and dangerous, new limits. Inspirational and thrilling, A Fighting Chance is a must-see.

If you’re immediately turned off by the idea of another documentary about wrestling or religion, give this film a shot. Wrestling With Satan is technically about the Christian Wrestling Federation, a traveling ministry that praises God’s name with pile-drivers. From setting up the ring to saving souls, the doc shows everything. But pro wrestling is still theater, and sometimes people don’t stop acting when the show is over. Wrestling with Satan is a story about grasping for greatness, and the paths some people take to get there.

Ginger Baker became a rock god behind the drum kit with Cream and Blind Faith, but his self-destructive instincts set fire to his legacy. Learn the true story of rock and roll’s biggest bastard in Beware of Mr. Baker. Free of the handwringing that tarnishes so many rock documentaries Beware of Mr. Baker is an unflattering portrait of a musical genius. We wish more documentaries were this honest about their subjects.

At the age of 16, Amish youth are allowed to take a break from the conservative rules that guide their society. During this time, called rumspringa, they can wear modern clothes, drive cars, and experiment with the sins of the world. In the groundbreaking documentary Devil’s Playground, viewers get to follow a group of Indiana Amish teens on their journey. Over 90 percent of Amish youth decide to return to the faith after rumspringa, but what about the ones who don’t? One of the great films about teenage rebellion, Devil’s Playground takes a compelling look at faith and youth.

During the ’60s and ’70s, the Amicus production company pumped out a series of highly influential anthology horror movies. While Tales from the Crypt gets most of the press, Asylum is the company’s masterpiece. Using a framing device of a doctor touring an asylum for the incurably insane, the film tells the horrific stories behind four patients. Ghoulishly funny and surprisingly violent, Asylum is an essential slab of horror history.