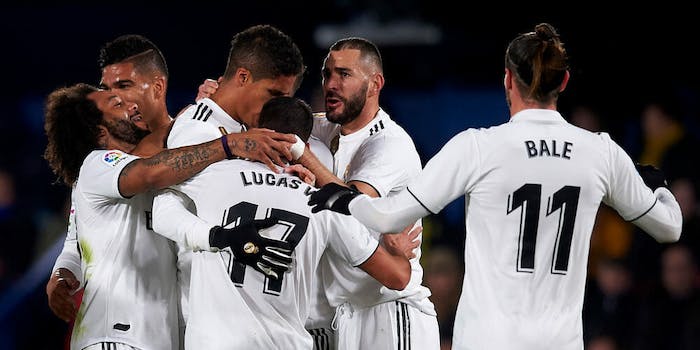 How to watch Real Madrid vs. Real Sociedad online for free

Real can't afford to fall asleep at the wheel.

Real Madrid returns to the Bernebéu this weekend, as the club takes on 15th place Real Sociedad. Tune in to see if Real can avoid dropping points in a match-week that sees Atletico Madrid take on Sevilla, the second and third-placed teams, respectively, which are both above Madrid in the table. Here is everything you need to know to watch the Real Madrid vs. Real Sociedad live stream online for free.

Real Madrid vs. Real Sociedad: Why it matters

As the new year gets rolling, most Spanish clubs are playing their last league games for a while because of the impending start of the Copa del Rey. The defending Champions League winners are only two points above Alaves for the final UCL spot, and as wild as it may be there is a real chance that Madrid could miss out on the top four. Real Madrid plays 30 games every year that it expects to win and this is one of them, although Sociedad played Madrid pretty tough in recent meetings. Real Madrid 2, Real Sociedad 2.