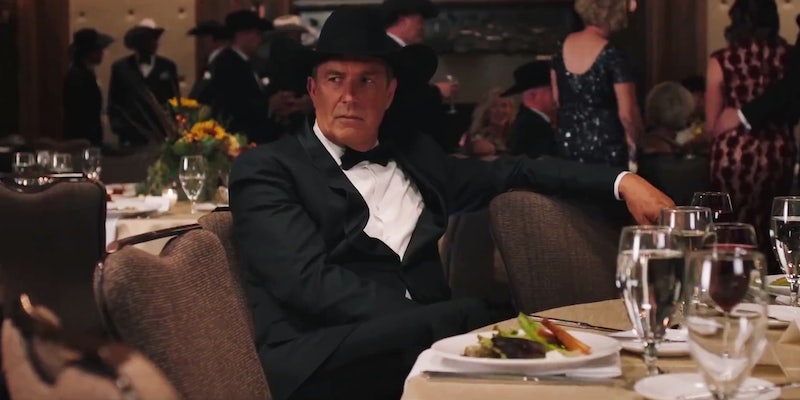 How to stream ‘Yellowstone’

Don't mess with the Duttons.

What Channel is Yellowstone on?

Where can I stream new episodes of Yellowstone for free?

How to Stream Paramount Network

Is Yellowstone on Hulu or Netflix?

No, Yellowstone is not available on Hulu or Netflix. However the first two season are available for streaming on Peacock.

Philo is the least expensive streaming service to watch Yellowstone on, and the perfect platform for lovers of pure entertainment networks. You won’t find the sports channels that dominate other packages or local channels. However, it’s the cheapest way to gain access to 60 great entertainment channels. For only $20 a month you’ll get popular channels like Animal Planet, MTV, Discovery, IFC, AMC, Lifetime, Nick Jr, and the Paramount Network, as well as deep cuts like ID and Game Show Network. You also get free cloud DVR, but shows recorded are deleted after 30 days, so binge responsibly.

Sling Blue is the best package option to stream the Paramount Network if you’re looking for a larger a la carte streaming service. At $30 a month, Sling Blue offers a great bang for your buck and comes with over 40 channels, including sports necessities like FS1, NBCSN, and NFL Network. You’ll also gain access to the usual cable mainstays like Food Network, Discovery, Cartoon Network, SYFY, and FXX. Whichever package you choose, you can save $10 on your first month. Here’s the complete guide to Sling TV channels.

FuboTV was originally built with sports fans in mind, but it has great entertainment offerings as well, including Bravo, IFC, FX, and the Paramount Network. Unlike Sling and Philo, Fubo TV has local channels like ABC, CBS, and FOX.

Vidgo is a newer streaming service that offers 60 English-language channels, including the Paramount Network, for $40 a month. The Vidgo channels list includes local channels like ABC and Fox, kids channels like the Disney Channel family, Nickelodeon, and TeenNick, sports channels from ESPN, FS1, FS2, Fox Deportes, and BeIN Sports, and an array of entertainment favorites like A&E, HGTV, History, and Lifetime.