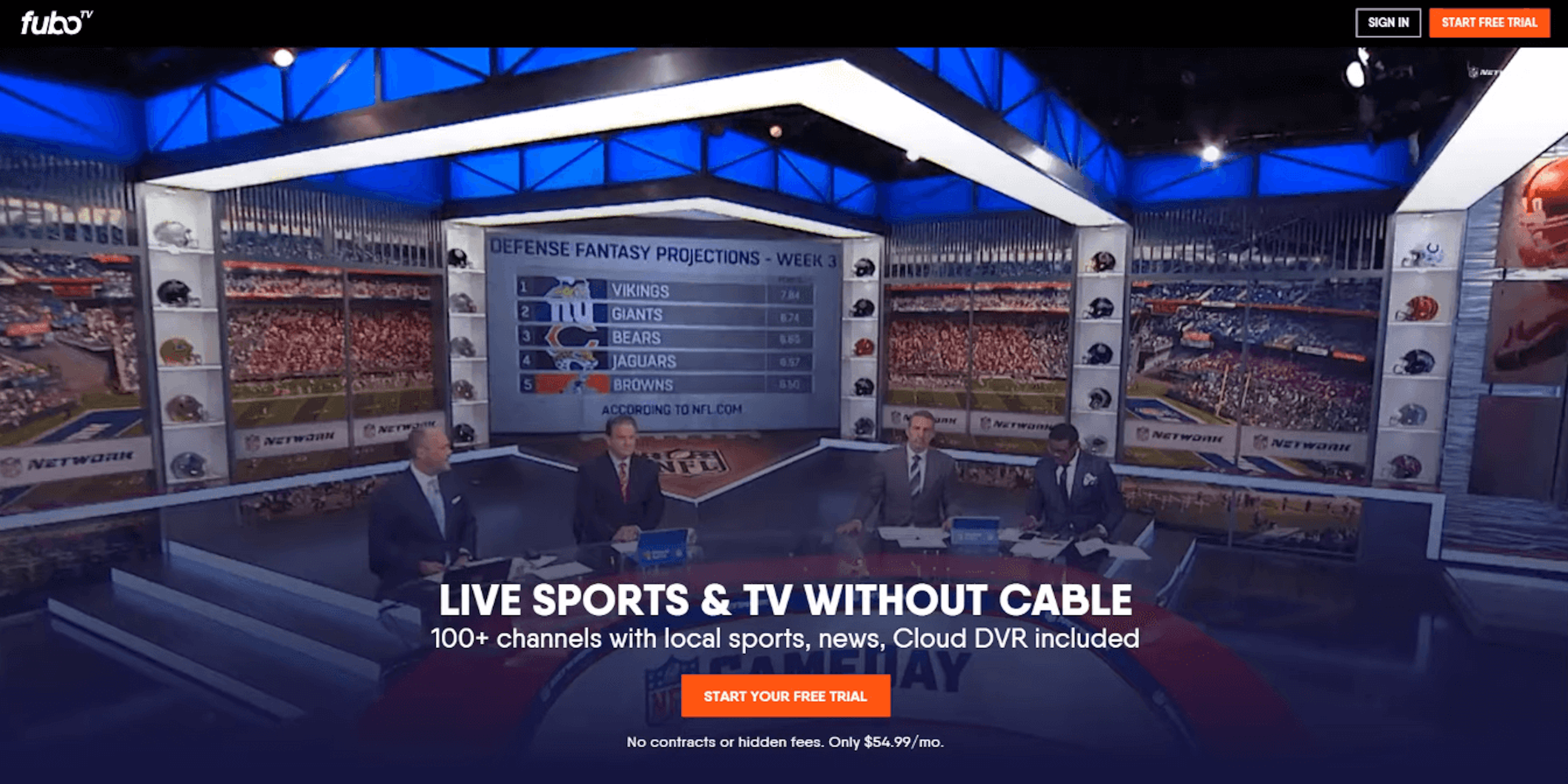 For cord-cutters, FuboTV is an excellent service with one major flaw.

Nearly all of the major streaming TV services—including YouTube TV, Sling TV, and Hulu Live TV—provide some combination of local channels. But figuring out which service offers specific channels and in what areas can be a hassle. And while you can always get an HD antenna to pick up local channels at home, that’s of no use if you’re streaming on the go or from a laptop, phone, or tablet.

Here’s everything you need to know about FuboTV local channels, including how much they cost.

FuboTV packages start at $54.99-$79.99 per month, with extra channels available for an added cost. Your $54.99 gets you USA, SyFy, Bravo, History, and other major cable options, along with tons of sports options. (Here’s a complete guide to FuboTV channels.)

To find out what local channels are available in your area, you’ll need to enter your ZIP code here. Just FYI: While FuboTV does allow viewers to pause live TV, including local channels, you won’t be able to fast forward through commercials, even when using DVR.

FuboTV only has one big blind spot. While the company offers massive coverage for CBS, Fox, and NBC, it doesn’t have a relationship with ABC. That keeps some of TVs biggest shows, including Grey’s Anatomy and Modern Family, off the service—not to mention everything from ESPN, both of which are owned by Disney. Users looking to catch up on ABC programming can buy an HD antenna to try and pick the channel up over the air. Another option is streaming ABC programming off of the company’s website, but you’ll have to wait a few days after some episodes originally air to watch them online.