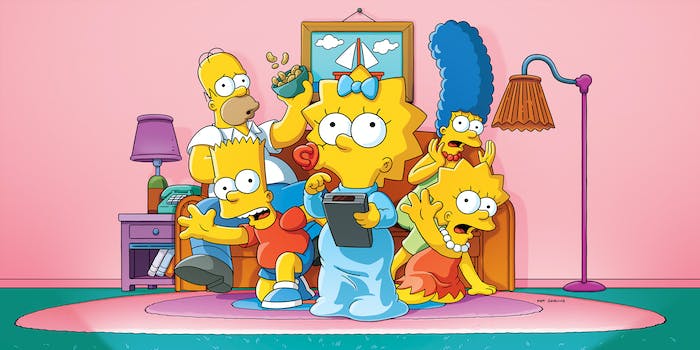 How to stream ‘The Simpsons’

The quaint suburban family from Springfield will worm their way into your heart, even if they may lack the third dimension. The Simpsons is an enduring sitcom for a reason.

Three decades. The Simpsons has achieved television legend status like Lucille Ball, Ted Danson, and Bob Newhart, despite being cartoons. In fact, they’re as animated (pun intended) as any other American family, led by an oafish, but well-intentioned patriarch with a loveable and relatable wife at his side and three precocious children rounding out the clan. The show’s 32nd season will soon premiere, and there’s likely to be more. Face it: The Simpsons is going to outlive us all.

Here’s everything you need to know to stream The Simpsons.

What is The Simpsons?

The Matt Groening-developed animated sitcom started as a segment on The Tracey Ullman Show, which was a comedy sketch program on Fox. The show later got a redesign and pilot in Simpsons Roasting on an Open Fire, which aired in December 1989. The first episode of season one didn’t air until 1990. Thirty-two seasons later, the rest is television history.

How to stream The Simpsons

Fox is available on a few of the major live TV streaming services. When trying to decide which one is best for you. You’ll want to weigh the cost, the other channels you’ll receive, and the compatible devices for streaming. All seasons of The Simpsons can also be found on Disney+.

The Simpsons on Disney Plus

The Simpsons on Hulu with Live TV

The Simpsons on FuboTV

To watch The Simpsons, you’ll want to dock in at the FuboTV Standard level.

The Simpsons on Sling TV

The Simpsons on Vidgo

The Simpsons on AT&T TV Now