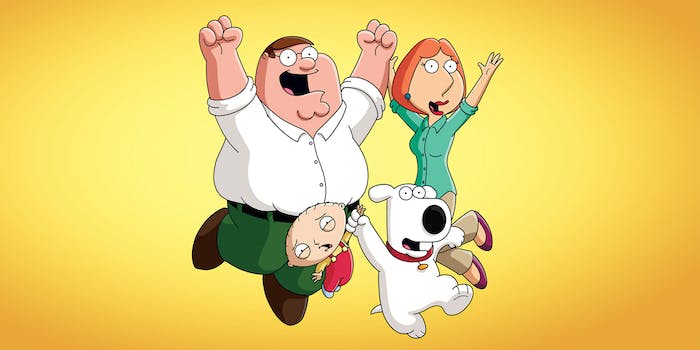 How to stream ‘Family Guy’

In the not-so-distant past, there were jokes about The Simpsons overstaying its welcome on television after merely ten seasons. As that program celebrates three decades on the air, Family Guy will be celebrating two under its own belt. Well, save for that interim period when the show was canceled and was simply known as a cult classic before its revival in 2006. Since then, the Griffins have garnered their way into our hearts as the second most recognizable animated American family.

Here’s everything you need to know to stream Family Guy.

What is Family Guy?

The Seth McFarlane-developed animated comedy first aired in 1999 and ended its run in 2002, though a “lost episode” aired in 2004. After popular demand, the show returned to Fox in 2005, and has run continuously since then. The season 19 premier will begin airing in late September 2020.

How to stream Family Guy

To watch Family Guy, you’ll want to dock in at the FuboTV Standard level.