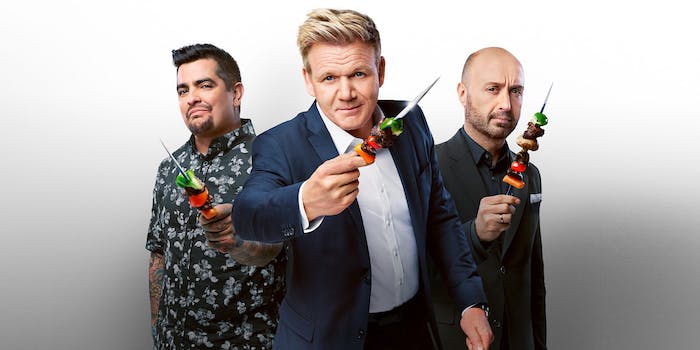 How to stream ‘MasterChef’

Reality competitions are compelling, but one show reigns supreme in the food department. MasterChef starts its milestone season 10 soon, and with it, the usual tasty treats, white-hot competition, and delicious drama the cooking show is known for. That and yelling. It wouldn’t be MasterChef if Gordon Ramsay wasn’t straining his pipes to chew someone out over not seasoning a lamb chop properly or overcooking the tagliatelle.

If you’re new to MasterChef, the concept is simple. Talented home chefs enter a cooking arena that nearly rivals the one where the Iron Chefs have their bouts. Week after week, they compete in a series of elimination rounds that get more and more grueling. The one bright side is contestants get to choose one of three hosts to mentor them as they climb the ranks in attempts to be crowned a Master Chef. This season, the surprises will be even more intense than ever, as cooks compete to win $250,000, along with a pretty sick title and serious bragging rights.

Here’s everything you need to know to stream MasterChef.

How to stream MasterChef

MasterChef on Hulu with Live TV

To watch MasterChef, you’ll want to dock in at the FuboTV Standard level.