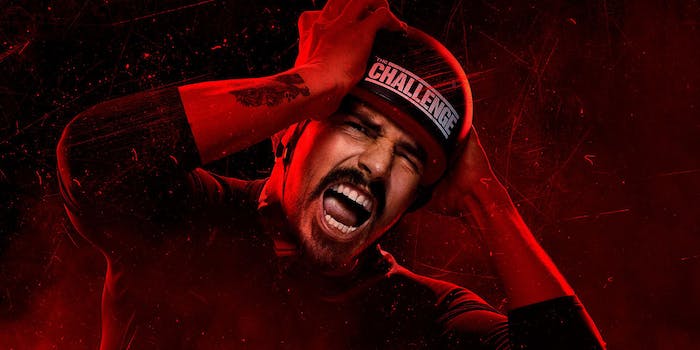 How to stream ‘The Challenge’

The war is over, but the madness is only just beginning.

Where to stream The Challenge

Previously known as Real World/Road Rules Challenge, The Challenge is MTV’s no-holds-barred competitive gauntlet that pits reality TV stars against one another to win a big cash prize.

Since its inception, various extreme challenges put reality stars through the wringer in a bloodbath of egos that MTV reality TV is famous for. And because it’s 35 seasons in, it proves to be the biggest challenge yet, with contestants from The Real World, Are You the One?, Big Brother, The Amazing Race, Survivor, Geordie Shore, Ex on the Beach, Shipwrecked, Survival of the Fittest, and So You Think You Can Dance fighting for that sweet million-dollar prize.

Here’s everything you need to know to stream The Challenge.

What is The Challenge?

Previously known as Real World/Road Rules Challenge, the program is a spin-off of two reality shows The Real World and Road Rules. The show was originally only 30 minutes long but expanded to an hour in 2008. Starting in 2019, the show expanded yet again to 90 minutes an episode.

How to stream The Challenge

MTV is available on a handful of the major live TV streaming services. When trying to decide which one is best for you, you’ll want to weigh the cost, the other channels you’ll receive, and the compatible devices for streaming.

The Challenge on Philo

Philo is a budget-minded streaming service, and depending on what channels you want, it might be right for you. The 59 Philo channels lean decidedly toward entertainment; the Philo channel list includes AMC, Discovery, IFC, Lifetime, and the Paramount Network, all for $20 a month. If you’re a fan of The Challenge you’re in luck: You can find it on Philo. Philo also comes with free cloud DVR, but shows recorded are deleted after 30 days, so binge responsibly.

The Challenge on Sling TV

The Challenge on FuboTV

To stream The Challenge, you’ll want to dock in at the FuboTV Standard level.

The Challenge on Vidgo

The Challenge and AT&T TV Now