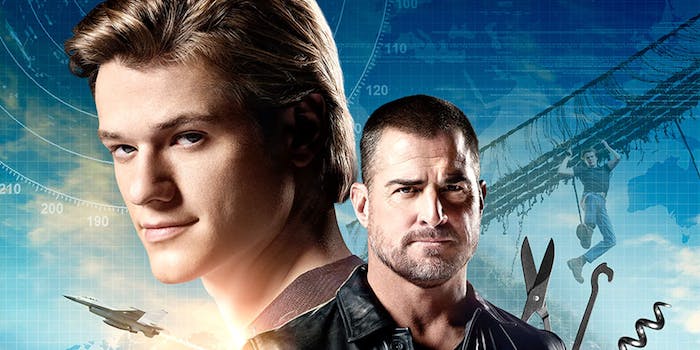 How to stream ‘MacGyver’

You see a stack of toothpicks, a stale blueberry bagel, and some rubber bands. Angus MacGyver sees everything he needs to take down bad guys and save lives.

Based on the hit ’80s series, MacGyver brings back the secret agent who’s more Bill Nye than James Bond. Unlike the rest who are armed with guns, knives, and gadgets, MacGyver’s secret weapon is his massive intellect and, of course, his whip quick creativity. While working for the secretive Phoenix Foundation, Angus MacGyver uses non-lethal means to tackle his enemies, and maybe even invent a few new life-saving doodads along the way. And you thought you knew your way around duct tape.

Here’s everything you need to know to watch MacGyver.

The show is a revival and reimagining of the 80s action drama of the same name starring Richard Dean Anderson which ran from 1985-1992.

How to stream MacGyver

CBS is available on a few of the major live TV streaming services. When trying to decide which one is best for you. You’ll want to weigh the cost, the other channels you’ll receive, and the compatible devices for streaming.

MacGuyver on Hulu with Live TV

Hulu Live TV sets you up with local channels and has a broad spectrum of entertainment and sports channels to review, including the full suite of ESPN channels, Cartoon Network, FX, HGTV, and even deep cuts like National Geographic and Syfy, and of course, CBS, where you can stream MacGuyver.

To watch MacGuyver, you’ll want to dock in at the FuboTV Standard level.