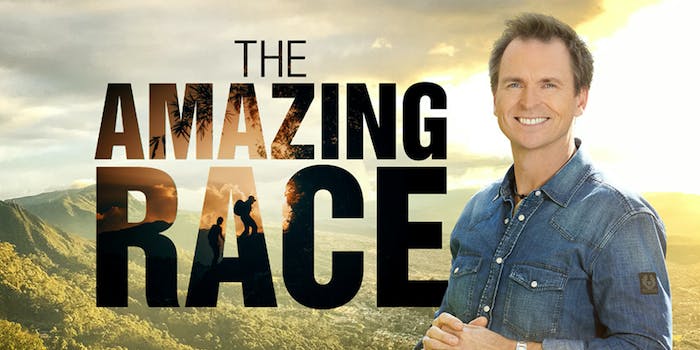 How to watch ‘The Amazing Race’ online for free

Which team will survive long enough to take home the million?

Traveling internationally can be fun. If you’re a contestant on The Amazing Race, it’s all business.

There’s no time to stop and see the sights if you and a partner are competing in the biggest race to the finish. The Amazing Race is entering season 32 which will include some interesting pairings. Sure, there’s father and son, siblings, and even a few lovely couples. But there’s also a duo of Olympic hurdlers and former NFL stars. Will regular Joes and Janes be able to compete on a worldwide stage with dedicated athletes?

Here’s everything you need to know to stream The Amazing Race.

What is The Amazing Race?

Where to stream The Amazing Race

How to watch The Amazing Race

The Amazing Race on Hulu with Live TV

The Amazing Race on FuboTV

The Amazing Race on Sling TV

Sling offers two cable packages, Sling Orange and Sling Blue, each of which costs $30 per month. If you grab them both (Sling Orange + Blue) you can save $15 per month. To be clear, CBS is not normally available on Sling, but through the magic of AirTV, you can get all your local channels in a system that plays nice with Sling. A complete AirTV set up will allow you to get all your local channels and free you up to choose Sling—if a lack of CBS is what’s holding you back.