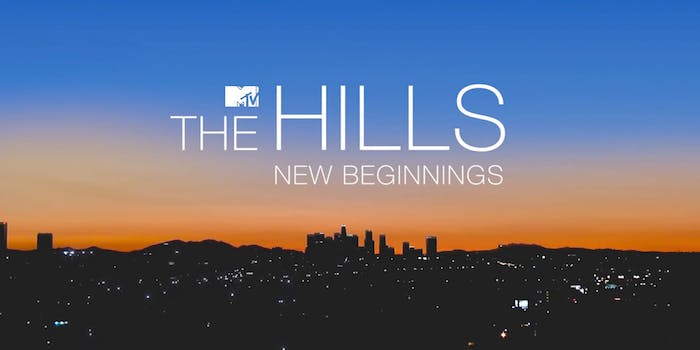 How to watch ‘The Hills: New Beginnings’

Where to stream The Hills: New Beginnings

Here’s everything you need to stream The Hills: New Beginnings.

What is The Hills: New Beginnings?

How to stream The Hills: New Beginnings

The Hills: New Beginnings on Philo

Philo is a budget-minded streaming service, and depending on what channels you want, it might be right for you. The 59 Philo channels lean decidedly toward entertainment; the Philo channel list includes AMC, Discovery, IFC, Lifetime, and the Paramount Network, all for $20 a month. If you’re a fan of The Hills: New Beginnings you’re in luck: You can find it on Philo. Philo also comes with free cloud DVR, but shows recorded are deleted after 30 days, so binge responsibly.

The Hills: New Beginnings on FuboTV

To stream The Hills: New Beginnings, you’ll want to dock in at the FuboTV Standard level.

The Hills: New Beginnings on Vidgo