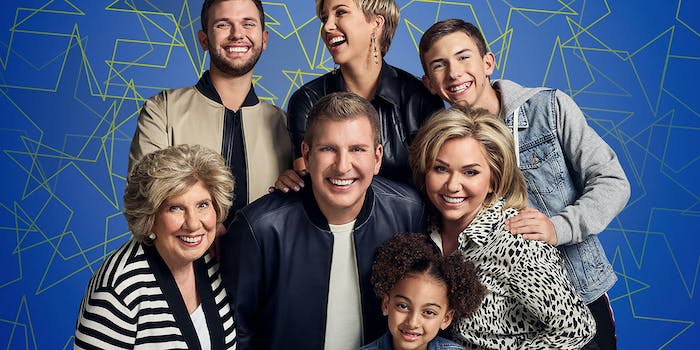 How to stream ‘Chrisley Knows Best’

Chrisley lays down the law.

Michael Todd Chrisley is a fearless real-estate tycoon, as long as he doesn’t go anywhere near dirt or animals. Chrisley Knows Best showcases him and his equally quirky family.

Chrisley his wife Julie, and their children, look like the perfect down-home Southern family who has everything money can buy. But just under the glossy veneer, lies major disfunction and even more drama. So what does Chrisley do? Runs his family like a business, complete with micromanaging, accounting for overhead, and even the occasional down-sizing. It’s tough being the boss, but someone has to do it.

Here’s everything you need to know to stream Chrisley Knows Best.

What is Chrisley Knows Best?

Chrisley’s reality show premiered in March 2014. In August of 2019, Chrisley came under fire when he and his wife Julie were indicted on multiple counts of conspiracy to commit bank fraud, bank fraud, wire fraud conspiracy, wire fraud, conspiracy to defraud the United States, and tax evasion. Despite these charges, “the show must go on,” and the program was renewed for an eighth season.

How to stream Chrisley Knows Best